Irfan Hossein, who is playing the role of Mohd.Ghouri in Star Plus hit series, Prithviraj Chauhan, turned a year older on 13th July.

Featured Video
Unlike other celebrities who throw a grand party for their birthday celebrations, Irfan didn't celebrate his birthday on the D-Day. Due to the hectic shooting schedule, the actor had completely forgotten about this special day, until his onscreen rival and off-screen friend, Anas Rashid gave him a surprise hug and the whole unit wished him with a cake. Ghouri was yet again bowled over by Prithvi but this time he wouldn't have minded it. Though the surprise party was not grand due to very tight schedules, the intentions sure were very heartening.

We talked to the birthday boy and asked him why he did not throw a party for himself. “The unit members were not shooting together, so it just slipped out of my mind” says Irfan. Adding on, the actor says, “The one special person in my life is not with me now, so did not want to celebrate alone”. On quizzed about the special person, the actor blushes, “This is not the right time to say anything. For now, I would like to keep this to myself”.

Wishing the actor and his lucky charm all the very best!!! 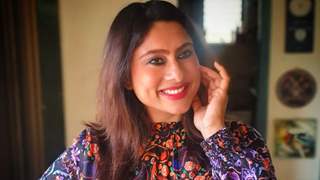 I was completely bowled over when I heard the story: Sai Deodhar on ...

14 years ago Anas has done a great job. But i wonder who is the special person in Irfan's life?

salmanansari 14 years ago irfan is a wonderful actor.we all wish him happy birth day.