View Profile
Today the theme of our show is love and we would like to hear your views?

Gurdeep: A very appropriate topic to talk about, I am a romantic person and would love to talk about love. Love is something very pure and between 2 people. People say love at 1st sight and opposite attract. There is an empty space in your heart when some one occupies that place that’s how you fall in love. I believe that they have to be similar people to fall in love, so that is my funda, you have to be same, you have to fall in love with yourself, and you have 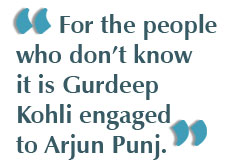 Featured Video
to feel that person that is love.

When you were growing up what were the thoughts that have associated you with love and what has changed, different is it today?

Gurdeep: Actually nothing has changed, when I was born, young love has always been there. I associate marriage with love and I have always fallen in love and seen marriage and that is what I am doing, I am getting married to the love of my life. For the people who don’t know it is Gurdeep Kohli engaged to Arjun Punj.

How did you meet him and describe your very 1st meeting with him?

Gurdeep: Arjun was in love since the 1st day, we were doing the same show called Sanjeevani which was on star plus. It was a 3 successful yrs and was a beautiful huge hit yr in India. He played a role of a negative guy; he was not the guy in my show. He came to my live and then it all changed. I didn’t like him in the beginning as I don’t talk to a lot of people but have a lot of friends out of the industry but none from the industry. I didn’t know what he wants from life. He is like I like you and I want to get married with you.

What did you remember about 1st meeting that you had with him? 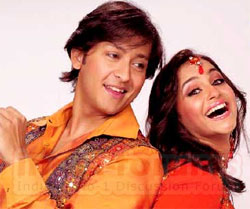 Gurdeep: The 1st scene I had with him was and I didn’t know him and had to hug him. We were just like hi, hello. My 1st shoot with him was that I had to run into his arms and start crying. The entry was like my childhood friend has come back. That was very off ward because we even don’t know the personand you have to hug the person and that was my 1st hello, hi with him. I had to run and he was like good and I was like ok. He was standing and I was doing all the effort. He was very much in love and he wanted to be together and even I wanted because he was a lovely guy. When I was running to him it was like his future wife running to him.

How did you know it that this is love?

Gurdeep: We were working together and became good friends. We use to meet on the sets and talk about the industry, films and then we would end up with going for a film. We got to know that we are so similar, our taste are similar, same kind of people, same kind of film so you know that the similarities are there and it happened. It is not that one particular day it happened. We just knew that we would be together.

Did he officially come to your house with his parents and proposed you?

Gurdeep: No it was completely arranged by us and then we got our families to meet. He of course proposed to me like I want to be with you no matter what from now. I remember it was 28 June. We celebrate that day as a day together, that is like anniversary.

What kind of wedding it is going to be? 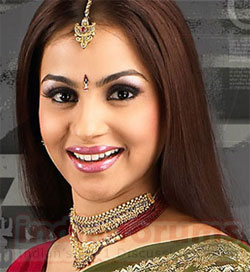 Gurdeep: It is not going to be with only family because we have friend circle whom we have to take care of because they are like waiting. We both are Punjabi and we would like to have but not like a grand huge event but something that people would remember. I always believe that we get married only once.

Where would you like to go for your honey moon?

Gurdeep: Nothing has been decided, I would love to go to Europe because we both are a fan of Yash Chopra films and whenever I have seen those movies I thought of going there holding hand of my man. I will be married in December so it will be like very cold so I think we will be going to Australia or New Zealand.


Tell us something about your child hood like who was your 1st childhood crush?

Gurdeep: Shahrukh Khan. I have loved Shahrukh Khan since then and till now. I think he is very romantic actor and he is like guy next door who is simple charming, that is what I like about him.


If given a choice to run around the tree singing a love song with a hero of your choice who would you choose?

Gurdeep:Definitely Shahrukh Khan and I know the song also. It would be Tujhe Dekha Toh Ye Jaana Sanam.

Choose between Dhruv and Dr. Rahul?

Gurdeep: I liked the character of Dr. Rahul. Dr. Rahul is much more romantic than Dhruv and he wants to be with Dr. Juhi. Never ever he was against Dr. Juhi where as Dhruv we have recently have shot where he would not believe that Vedika is going away from him she wants divorce. He thought that she has turned bad. Those two are most important in the character. Dr. Rahul and Dhruv both are romantic but how you stand by your lover. I would go definitely for Dr. Rahul, a good romantic character.

What about Dr. Juhi or Vedika?

Gurdeep: I have a big corner in my heart for Sanjeevani, so any day Dr. Juhi though the Vedika has taken a step forward because the acting graph Vedika has got much more than Dr. Juhi but it was my 1st character and I love it to recall, I like Dr. Juhi.

Any song of Shami Kapoor did you remember?

Gurdeep: Ye Chand Sa Roshan Chehara, then Badan Pe Setare then what not, I love his dancing style.

Gurdeep: Nutan, I think Nutan has a lovely face, she has got naughty eyes, and she is lovely.

Gurdeep: Love but should be arranged because I believe that marriage is not between two people but arrange is between two families. So love has to be approved and arranged by families.

Sunne mai aaya hai ki you know Chavi Mittal, she has refused to get intimate with her on-screen hero DK, to do any intimate scene with him 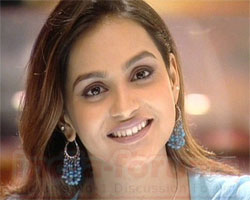 and Tumhari Disha being a romantic serial so that is going to be something very difficult so what is your take on it being a leading heroine in another love serial?

Gurdeep: It is strange, people had to get comfortable. A person has to understand that if she is getting into a profession like acting then you have to completely forget your personal life when you are at work. As far as when you are doing a romantic serial then you know that stuff like that has to come up. So I don’t think that you should be so strict about that I am married, I am engaged, I have a family and I am not going to do this. As far as holding hands, putting your hand on shoulder so you have to do it, it is not that but you are into character then you have to act. Even her husband is a director, so in fact the problem with the person and the family is completely out of her industry and they don’t know what’s happening but you have people from the industry so I don’t think that there should be such problem.

We want to know about your up coming project like what are we going to see you in?

Gurdeep: I don’t know what I am going to do in future because I am getting married in future so I am going to take some time off. I am doing one show which is getting an extension further so you are going to see more of Gurdeep as Vedika but beside that you get a channel called star one where I am doing an anchor based show. In that I am playing my self, I am an anchor and I am not playing any character, I am playing myself; it is a travel show so that is what I am doing currently. 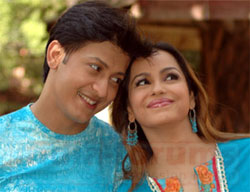 Which one is your favorite love song and please sings 2 lines?

Gurdeep: My favorite love song, well I like to tell people that how Arjun has patau me because he use to play the song in the car whenever I would sit, that is from Mai Prem Ki Deewani Hu which is Tu Hi Tu Meri Pass Hai…

What is the song he plays now a day?

Gurdeep: Now a day he plays from Rang De Basanti, Khalbali Hai which is both of us favorites. We dance on it now we go in each party and enjoy as a couple. 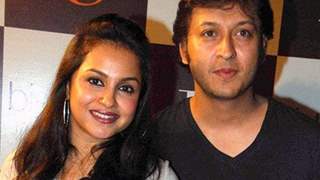 + 5
16 days ago Those were days beautiful days

14 years ago wow i liked her answers! i can understand why she didn't choose Dhruv. but i would choose Dhruv's actor in a quicky! ;)
i love gurdeep. shes gorgeous.