View Profile
Q. Which part of India are you from?
A. My parents are from Rajasthan. I was born in Kolkata and brought up in both Delhi and Kolkata. My maternal relatives are still based in Rajasthan, so I visit at least once a year, especially when there are family functions. I speak Marwari, Hindi, Bengali, Punjabi and Sanskrit, all fluently. 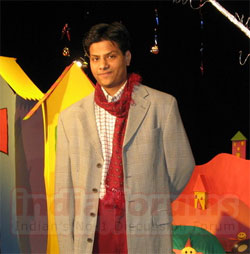 Featured Video
Q. Tell us about your childhood. Did you always want to be an actor?
A. I was always into acting. When we were young, my cousins and I used to play 'Bhai Bhai', where we made up our own stories, rode bikes, used fake guns to hide and shoot, and performed a few stunts on beds.

Q. How did you get into acting?
A. I come from a well-known family, where education, business, professionalism and status are important words. However, I am proud to have parents like mine, who always supported every decision. I realized the importance of a strong base for acting, and, after my graduation, joined Barry John in New Delhi. The course built my confidence, and I learned the basics of the profession. I also managed to get a business management degree at the same time.

Q. You trained with Barry John? The experience there must have been quite fruitful...
A. Yes, it was. Barry John's teachings are very useful for my regular performances. He taught me facial expressions, co-ordination with co-actors, and dialogue delivery. He is the best guru I could have asked for, the Dronacharya of acting, who sends forth many Arjuns into the film industry.

Q. How did you end up in the USA? Did you have to struggle?
A. I have not "ended up" – this is the beginning of my career. My goal was to become a global actor, so that I could work both in Hollywood and Bollywood, and in television and films. The gap between them is decreasing. Struggle has become a part of my life, like a best friend. The more I struggle, the more I achieve.

Q. You seem to have an interesting body of work there too…
A. My experiences have taught me one important lesson – if you work hard, you will be accepted anywhere. People here appreciated my work, and now I get more and more offers. Of course, I am represented well by the Porter group and Stephanie, who always gets me to audition for big projects.

Q. How easy or difficult are things for an Asian actor in Hollywood? Are there chances of getting stereotyped?
A. Nothing is easy in the USA. It all depends on how hard you work, and how focused and confident you are. All that matters is how you can prove yourself, and the audience will judge and appreciate you.

Q. Filmmakers you are dying to work with in Hollywood?
A. Mira Nair, Shekhar Kapur, Deepa Mehta – they are all based in the USA, and hopefully, I will get to work with them. I also wish to work in the future projects by actors turned producers and directors, like Tom Cruise, Will Smith, Brad Pitt and Leonardo DiCaprio. Recently, I auditioned for 'The Love Guru', a Mike Myers film starring Justin Timberlake, which will be shot in Toronto. 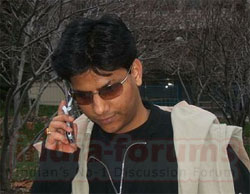 Q. Any plans of working in India?
A. I recently auditioned for the lead role in 'Dilli 6', a Rakesh Omprakash Mehra film, produced by UTV. I really like his 'Rang De Basanti'. I am in talks for two other Bollywood films, as well as one Indo-Canadian film. I will tell you more when things are confirmed. Also, the response to 'The Diamond', releasing in South India, will decide my career here.

Q. What are your forthcoming projects?
A. I am currently shooting for a horror film for Primal Films Inc. The movie is directed by David Francis, a well-known director and actor. I have shot two pilots for television. I am now in talks for a Hollywood project, two Bollywood projects, and one Indo-Canadian venture.

Q. You are also getting into production?
A. My specialization is acting, not directing, so I need to focus on my acting. However, in the near future, I may start co-producing and producing under my own banner. That will take a few years, since I need more experience than this, to work behind a camera.

Q. What is your motto?
A. It is from the Gita – 'karm pradhan vishwa karhi rakha, jo jas karhi, soo tass phal chakha', which means, I need to work hard to taste the fruit of success.

Q. Who is your inspiration?
A. I am very inspired by some characters in history, such as Asoka, who was a great warrior, and a man of religion and peace. Then there was Dadhichi Rishi, who sacrificed his bones to save the human race from the demons. I admire Shravan, who was blind, but carried his old parents on his shoulders on a pilgrimage. From the present, I admire Shah Rukh Khan. He is a self-made man, who was faithful to his profession, loyal to his family, and always trusted the Almighty. This has taken him to the top now, and there is no turning back.

Q. What do you do with your free time?
A. I believe time is precious, and should be used judiciously. When I am not working, I meditate, or I drink in the beauty of nature, and marvel at the creations of the Almighty. I have a regular schedule, and I adhere to it – when I sleep, when I eat, how much time I spend with my parents and family, etc. I also make it a point to follow all the Indian festivals.

Q. Where can film makers contact you?
A. Through Stephanie Porter of the Porter group.