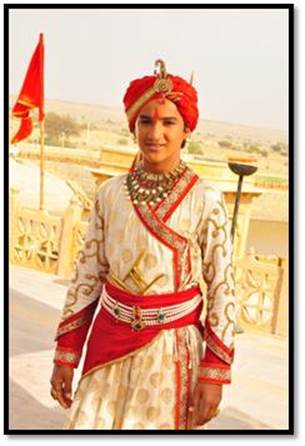 The young Maharana Pratap aka Faisal l Khan of Sony Entertainment Television's Bharat Ka Veer Putra - Maharana Pratap just loves to have fun on the sets. Usually, after facing the camera for hours, one might get all bored because of fatigue but the mischievous Pratap is always ready for some fun. Rather than being tired, he keeps busy playing pranks on the cast and crew of the show.

A little birdie from the sets informed us that recently Faisal played a prank with a few crew members by hiding their cell phones. Panic stroke on the sets for few moments but in no time the moment turn into fun when the real prankster Faisal was caught red handed by the crew.

The whole set turned into a laughter riot and a happy moment was seized.

Well, now time to know some interesting twists and turns in the upcoming episodes of Maharana 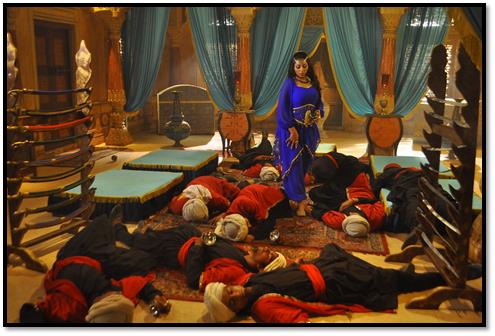 Pratap as Gauhar (Reema Worah) who is hired by Akbar in the mission to kill Pratap thus will be seen disguising herself as a dancer to get closer in her aim to kill Pratap.

Phool's grandfather has sent a dance teacher for Phool who is on her way to Bijoliya.

While Gauhar and Surtan are on their way, a group of dacoit's catches hold of them and asks if Gauhar is the same dance teacher or not, with swift movements Gauhar kills them all and plans to disguise herself as dance teacher to reach Bijoliya.

Will she be successful in killing Pratap?

-FreeLancer- 6 years ago Faizal Khan was outstanding yesterday!! &lt;clapping hard&gt;!! his mischief filled expressions are to die for! and so was Roshni !! Go Rosal! Go PrAja

Faisal U are doing a great job as maharana pratap lokking forward to PrAja love story !

minzuuuu 6 years ago Faisal Khan u rocks as ranapratap waiting for interesting track...