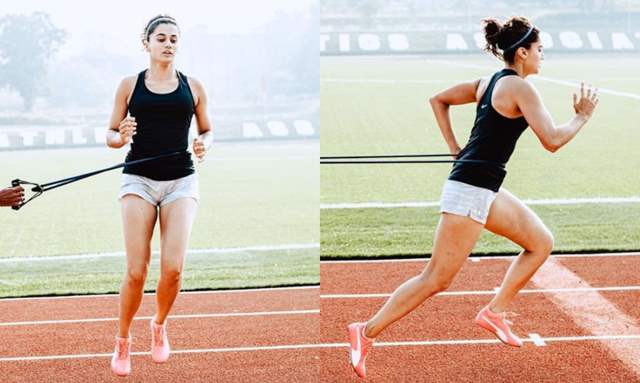 Taapsee Pannu has started gearing up for her next - Rashmi Rocket. The film is directed by Akarsh Khurana of Karwaan fame, the upcoming movie revolves around a girl living in Kutch, Gujarat played by Taapsee who is blessed with the gift of running extremely fast.

The Pink actress took to her Instagram account and gave a glimpse of her training session for Rashmi Rocket. Sharing the pictures, Taapsee clarified about her bruises on her legs through the caption.

P.S- those marks aren’t of brutal assault on me but technically only on my muscles. ??????? #BattleScars

Taapsee found her husband in Priyanshu Painyuli, who will be seen playing the role of Rashmi's husband in the film.

Rashmi Rocket is written by Nanda Periyasamy, Aniruddha Guha, and Kanika Dhillon and is being produced by Ronnie Screwvala along with Neha Anand and Pranjal Khandhdiya is set to release in 2021.

On the work front, Taapsee will be seen in Shabaash Mithu, Rashmi Rocket, and Looop Lapeta.