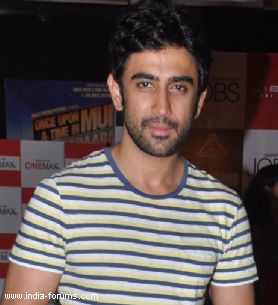 Actor Amit Sadh, an avid sports enthusiast, is not just passionate about cycling but he pursues it at the international level. However, due to his recent leg injury, he was unable to make it to the international cycling season this time.

"I will be missing the upcoming international cycling season. I had a good run in the Indian Tour De India tournament. In the coming month, I had a few races lined up in Sussex and North Yorkshire including an exhibition race with Stefan Vermos in Berlin," Amit said in a statement.

He hopes to be pack in perfect shape soon.

"I will try and make up to see if I can participate in July end races. But for that I will have to wait till July first week for physical assessment and then figure," added the "Kai Po Che" actor.

The actor is said to have been invited by a professional cyclist and champion to participate at an exhibition race in England; and Amit had trained an entire year to take part in the same. But a sudden injury on the set of "Guddu Rangeela" forced Amit to take a sabbatical from the sport.

A source close to him said that Amit has been advised to avoid cycling completely for next few months, but Amit is still certain he will be back in shape soon and will make up for his loss.

Kim Sharma reacts to reports of dating Amit Sadh after enjoying a ...