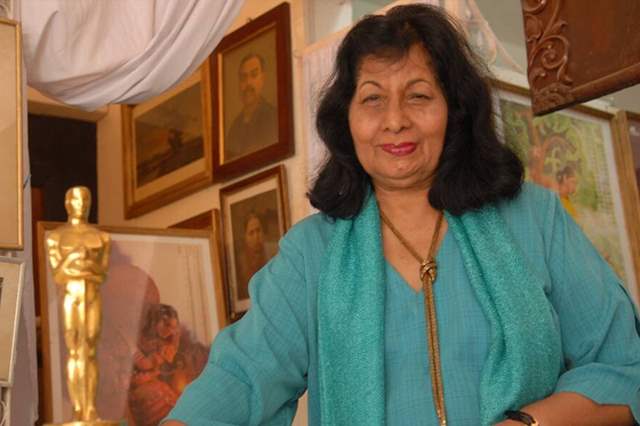 One of the most prolific names in the entertainment business and the first one to be putting India on the global map was costume designer Bhanu Athaiya.

The legendary woman went on to become the first ever Oscar winner as an Indian for her work in the department in the film Gandhi in 1983.

A career spanning several decades, Athaiya went on to work in over 100 films. However, it is a sad day as she has passed away at the age of 91. Athaiya's daughter Radhika Gupta, while exclusively talking to ABP News, said that her mother died of age-related illness at her house in Colaba.

According to reports, Bhanu Athaiya wished to return her Oscar Award to The Academy of Motion Picture Arts and Sciences in February 2012 as she felt her family won't be able to take care of the trophy after her death.  On 15 December 2012, it was confirmed that her trophy was returned to The Academy.

Apart from the Oscar, Athaiya also won two National Film Awards in 1991 and 2002 for Lekin and Lagaan respectively.  She has presented the Lifetime Achievement Award at Filmfare Awards 2009 for her outstanding contribution to cinema.

She made her debut as a film costume designer way back in 1956 with the film, C.I.D.

peacenfun 6 days ago rip mam'🙏 oscar, national awards, these are the kind of celebrities who are actual role models in their fields of arts, instead of the other over-hyped & marketed people by media🤦‍♀️

RapChick101 6 days ago May she rest easy!! 91 is a great run, just like everything else she’s done!