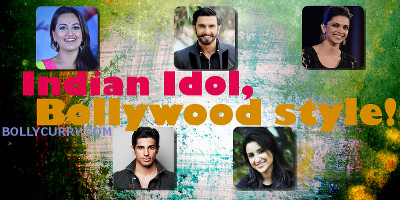 Bollywood has an array of stars who are equally talented at singing as they are at emoting on-screen. This includes Priyanka Chopra who has already released an international pop album, Ayushman Khurrana who is an accomplished lyricist and composer and Shruthi Hassan who recently made her Bollywood playback debut with "Joganiyan" in Tevar (2015). BollyCurry brings you a list of a few other B-town actors and actresses who can join this multi-talented lot, owing to their singing abilities.
Sidharth Malhotra 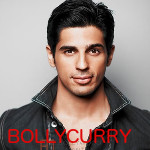 With a deep baritone as one of his signatures, it is a tad bit surprising that Sidharth Malhotra is yet to venture into playback singing, at least occasionally. Malhotra possesses a voice that would be perfect for soulful songs in particular. This was evident from his performances of the song "Teri Galiyan" during the promotional runs for his movie Ek Villain (2014), including one on Jhalak Dikhla Ja (Colors). Malhotra is a die-hard Madhuri Dixit fan and even went onto claim while on the sets of a TV show that he would sing only for the Dhak Dhak girl. Hence, it seems the only hope for us to see him venture into playback singing would be if he lends his vocal cords to a Madhuri Dixit Nene number.
Deepika Padukone 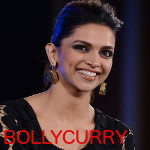 Deepika Padukone, the model-turned-actress may very well have the singing chops to one day become actress-turned-singer from what we have seen so far. She has crooned to soft and melodious tracks such as "Khuda Jaane" from Bachna Ae Haseeno (2008) and "Titli" from Chennai Express (2013), while on the promotional rounds for these movies.  With a little formal training to help her get the basics right, it is certain that Padukone has the talent to get it right in the recording studio.
Ranveer Singh 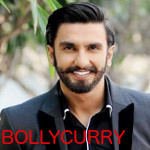 Ranveer Singh rates himself as a good rapper, and his talent is evident from the attempt showcased in the peppy number "Aadat se Majboor" in Ladies vs Ricky Bahl (2011). Singh has always expressed his desire to learn more about music. While at the sets of his recent release Kill Dil (2014), he was able to pick up few lessons on musical notes from co-stars Ali Zafar and Parineeti Chopra. The beautiful actress Amrita Rao recently quipped that Singh reminds her of another actor-singer Kishore Kumar. We hope that he would follow in the great artist's footsteps and succeed in the pursuit of becoming a singer.
Sonakshi Sinha 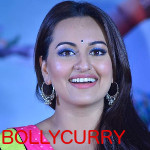 Sonakshi Sinha is another Bollywood diva who should try her hand at playback singing. Though she sung a few lines in the song "Let's Celebrate" from the movie Tevar (2015) and also for the Hindi version of Rio 2 (2014) , Sinha has expressed reluctance to continue her stint with the microphone. However, at the recently held pre-wedding ceremony of her brother, she took to singing again and was complemented by guests including the ace designer Manish Malhotra. We hope that this her the needed push and that she chooses to take up singing more often.
Parineeti Chopra 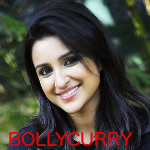 Unlike the other actors mentioned, Parineeti Chopra has had formal training in music and also holds a bachelor's degree in it. Her excellent singing skills were featured in the short film Dor (2013) by a renowned film training institute. After her elder cousin Priyanka Chopra's spectacular debut in pop music, the younger PC too has stated her ambitions on a similar vein. As someone who has time and again asserted her love for singing, it is certain that it wouldn't be too long before she becomes a full fledged Bollywood songstress.
With many young starlets like Alia Bhatt and Shraddha Kapoor having already taken the plunge into music, it would be a treat for the fans to have many other talented stars get into the song recording studio. If there are any other actors who should join this list of potential singers, comment below and let us know!