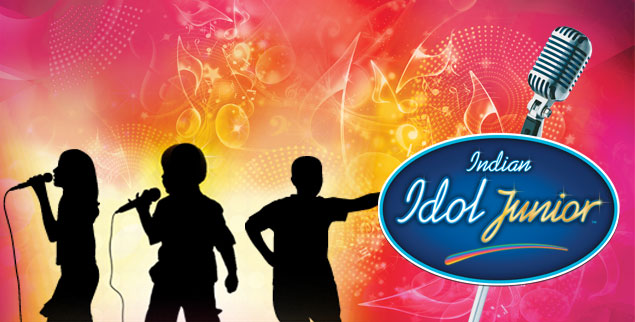 "It is three J's that make Indian Idol Junior - Janta, Judges and Junior." A realistic statement said by one of the hosts of the show, actor Hussain Kuwajerwala, during the beginning of the Concert episode of this music reality show on June 27. The show is undoubtedly a complete package of entertainment. And the level of talent has only surged every passing year. So, if you are still wondering why you should watch this singing reality show, then let us help you:
JUNIORS:
Here are the names of the top 13 contestants or Juniors who will be seen competing to bag the title of Indian Idol Junior. They have already proved us their mettle during the Concert round. They are:
1. Vidhi Jaswal (13) from Jammu, J&K: A confident and natural singer with a shy and simple nature.
2. Surendra Singh (15) from Jodhpur, Rajasthan: His simplicity and versatility impressed the judges. His voice has the ability to adapt to any song.
3. Srilakshmi Belmannu (14) from Bengaluru, Karnataka: A sober and calm girl.
4. Moti Khan (15) from Barmer, Rajasthan: He received compliments for his soothing voice. If you hear him once, you will feel like hearing him more.
5. Niharika Nath (11) from Agartala, Tripura: She is the contestant about whom music maestro Lata Mangeshkar had tweeted on Twitter and appreciated her singing. Her singing even made Sonakshi emotional.
6. Ajay Brijwasi (12) from Mathura, Uttar Pradesh: He was tagged as "powerhouse" by Sonakshi.
7. Nityashree Venkataraman (15) from Chennai, Tamil Nadu: She is a performer and a perfect singer. Or as Sonakshi said, "child prodigy".
8. Ranita Banerjee (9) from Kolkata, West Bengal: One of the youngest contestants with lots of innocence.
9. Nahid Afrin (13) from Sonitpur, Assam: Her singing impressed judges so much that they said she might get singing offers by the end of this season for playback singing.
10. Shubhanker Sarkar (8) from Kalyani, West Bengal: An efficient singer and one of the youngest contestants, Sonakshi tagged him as "Chugli".
11. Ananya Sritam Nanda (13) from Bhubaneswar, Odisha: She received compliments for being an all-rounder singer and for having a rockstar quality.
12. Yumna Ajin (9) from Malappuram, Kerala: She would certainly impress you with her singing talent and her performance. A treat to watch.
13. Vaishnav Girish (12) from Thrissur, Kerala: A talented singer, he managed to impress Sonakshi.
SHOTGUN JUNIOR:
A lot of speculations were made... a lot of things were contemplated when it was announced that actor Sonakshi Sinha will be included in the judges' panel of Indian Idol Junior. It is her debut on television and, to be honest, after viewing the Concert episode, this is the best platform she has chosen to make her television debut. Though the celebrities are glad seeing Sonakshi in the judges' panel, Sonakshi is a confidence booster of the contestants. Her special "dialogues", comments, facial expressions, one-word description of the participants has helped the Juniors to shed their nervousness.
VISHAL DADLANI AND SALIM MERCHANT:
Apart from Sonakshi, the other judges on the Indian Idol Junior music director Vishal Dadlani and Salim Merchant have been perfect mentors for these participants. They not only guide the Juniors, but also motivate and encourage them how to perform better next time.
HUSSAIN KUWAJERWALA AND ASHA NEGI:
Well, the duo also played perfect hosts in the singing reality show. What worked for them is their instant comic timing and their childlike behavior with the Juniors which made everyone enjoy. Must say, Asha's innocence is simply inescapable.
Anupreet Kaur

5 years ago Asha Negi you are absolutely doing great.job as host in iij...

5 years ago Thanks for the article IF. Love the way Asha Negi is hosting for the first time.

5 years ago Thanks IF for this article. 100% true Asha Negi's innocence is truly inescapable & thats what makes her so endearing.

5 years ago Asha Negi,U have proved U r great host,proud on u,love to see u to get foot step of Rithvik Dhanjani

5 years ago Asha Negi you are awesome as host and love your bonding with kids. Keep rocking as always.

5 years ago Asha Negi & Hussain are doing a fabulous job. Love their rapport with the kids

+ 5
5 years ago Asha Negi and Hussain make a fun combo.

5 years ago Asha Negi & Hussain are doing a fabulous job. Love their hosting and rapport with the kids

5 years ago Asha Negi and Hussain are so much fun. Best host combo.