After chairing the judges' seat on Zee TV's Zee Cinestars Ki Khoj, ace director Madhur Bhandarkar returns to television as a judge on Sony's Mr. & Ms. Television. In conversation with our Telly Buzz reporter, Madhur talks about the show, his upcoming projects and more. 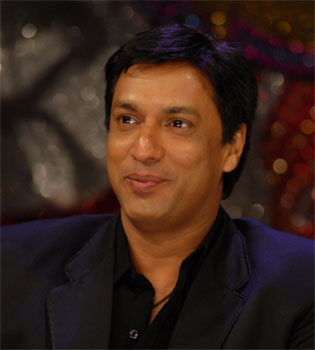 Featured Video
What made you take the judges’ chair on Mr. & Ms. Television?

Well when they approached me with the concept of Mr. and Ms. Television, I felt it was quite different. I had judged a show last year and have finished shooting about 70% of my film, and am on a break for a month. And I thought it was a nice platform to interact with such popular faces from the television industry. I took it up more because it was different from all the rest.

Can you tell us something more about the show through your perspective as a judge?

The concept of this show is unique and different from all others. Here we not only test the acting skills of the participants, but also their skills in singing, dancing and mimicking. Sonali and I judge the show giving a lot of constructive criticism to the couples.

What makes Mr. & Ms. Television different from other reality shows?

That is actually a very clichéd question. It’s like asking me what makes my film different from the rest. Frankly I am not an avid television watcher, but I have seen a few reality shows here and there. And here I feel it’s rather different as it covers every aspect and looks at each participant as an individual not just a single trait he/she is good at.

On what basis did you and Sonali make the pairs for the competition?

Well there is no fixed criteria as such in forming the pairs. Sonali and I made the pairs keeping in mind the experience of the stars. For one instance, where one pair comprised of one veteran actor and a novice actress, the other had the opposite.

How do you plan on choosing the winner; what aspect are you looking at?

The one aspect I will look at, while choosing the winner of the show is the entire package. The couple has to be good in every arena be it singing, dancing, or mimicry. We are looking at the complete personality of the contestants.

What is your take on reality shows; and the controversies associated with them?

Yeah I have seen a lot of controversies arising in reality shows and it has become the latest fad in the television industry. I had judged a show earlier along with Pooja Bhatt and Mahesh Bhatt. We were always vocal about our opinions and we never fought with each other. Even on this show, Sonali and I are very cordial with each other. I just believe in giving my honest opinions and it is an individual’s perspective.

This reality show gives you an insight to the all-round skills of the contestants, so you think you will get the next face for your film from this contest?

You never know. I have given numerous television and theatre artists a chance in my movies. Like Atul Kulkarni was a theatre artist before I took him in my movie. So you can never say, if there is somebody who appeals to me, I would not mind casting him/her in my new project.

What is your take on Bollywood stars coming on such reality shows on television for promoting their films?

I have no issues at all. In fact why shouldn’t stars come on such shows to promote their films? This phenomenon happens not only in , but worldwide. Television is becoming a very big platform which acts like a connecting point between the audience and the stars. The audience gets a better perspective of the film and the actor through these reality shows as it creates better awareness.

Tell us something about your latest project Fashion

Fashion is just that, Fashion. I have finished shooting about 70% of the film and am waiting for Priyanka Chopra to return from in May to resume the shooting. I know everyone is curious to know what cupboard Madhur is going to open this time and which field he is going to expose, but all I can say is Fashion is very much going to be a human story dealing with the fashion industry.

Any other projects in hand.

Nothing concrete. I am working on a few more scripts, but right now Fashion is my priority.

+ 2
14 years ago one of the best if not the best directors in bollywood right now!
Hats off to him and hope he has fun on the show=]