How is the story track going to be from now?

When your family is put in a situation where there is no money, when the people who are so used to big jewellery, multiple cars find it difficult to even get money to eat, one can expect major conflicts in the show. 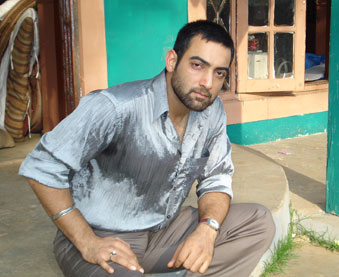 Featured Video
The show has not been focusing on the younger generation for a while, how are the young actors coping up with such kind of situation?

See, the story is about a big family. You cannot show many tracks going on at once. I agree that for a while the story has been focusing on just Tulsi mayya, but then eventually, the spot light will hit every character, but in the long run. It’s like a cycle; Bhoomi and Joydeep’s track was shown for a while, and then they changed focus. With such a huge star cast, such things are bound to happen.

Talking about Bhoomi and Joydeep track, how are things going to go on their front?

Well, Joydeep is going to be shown as the caring one here. He has always been positive and down to earth, and now he will stand up for his family. Joydeep has been poor all his life, he is used to living the normal life, since he was an adopted son. He was always very kind and humble, its only when Tulsi Mayya encouraged him, did he go for a make over to prove to everyone that he’s not a nerd. And regarding the track, well, you just have to watch it, as I believe this is the best written track so far as its Ba and Tulsi Mayya who have to take care of the family, so the story will focus on them. And yes, Bhoomi and Joydeep will slowly get feelings towards each other.

How has your journey been as Joydeep, from a nerd to the business tycoon to again being the boy next door?

In life, struggle is very important. See, in a family canvas, everyone is important. In my family, my parents, my brother, me and my dog are all important, but there are days when the dog gets his lime light, and there are days when he’s treated just like a stray dog. The same thing happens here; in a family we are all there, but only at certain intervals do we get the lime light. The basic insecurity comes, which is quite natural if someone is done with his or her track, and its quite human to feel so. Talking about the creative aspect to it, well, Joydeep was a self created character, and he has gone thru many phases of life, like his make over, and was appreciated. There is more drama to his character, about how he supports his family. So watch it!

I am doing Kasturi as of now, I am like a writer’s pen, where ever he writes me, I’ll go. I am playing an inspector in Kasturi and let’s see how it goes.

I don’t believe that I am an actor. I am a small town guy. My house is just a few miles away from Pakistan, and I was a doctor before I jumped to acting. Thus, I have no knowledge of acting what so ever. I rate my self as negative 50, and I guess after being around for 5 years in the industry, with Bhagat Singh, Kyunki and other Telugu and Punjabi films, I have come down to being known and now want to get ahead. I am a greedy guy, I just want to achieve more. (laughs)

How did you hop over from being a doctor to being an actor?

I have no answer to that honestly, it just happened. For me, my work is important, whatever it may be. I wanted to do Psychology, I did that, and then acting. Who doesn’t want to act standing next to the great Amitabh Bachchan? (laughs)

Lastly, a message for your fans?

I don’t believe I have any. But would certainly like everyone to look forward to the Kyunki track.

+ 2
14 years ago I LOVE AMISHA PATEL!! Not many people like her, but I think shes fantastic!! All she needs is a really good film to bring her back! She needs a good comeback! Im sure she can do it because she has TONS of talent and shes beautiful!

+ 2
14 years ago thnxx...amisha may not have tht many flops but its true..she's completely unique and lives her own world
she doesn't care about otehrs its wht matters most to her, so technically she does put 101% in all her roles. its just tht ppl find it hard to accept them!

14 years ago cool looks like the kyunki track will hopefully get a lot better soon!!!!!

yankkeepunjabi 14 years ago awesme ..he seems to be intellectual guy....tell him he has amazing fan followingin canada ...pls if u can convey my mesage to him , tell him he is awesme and tom hanks of indian television

14 years ago Thanks for the interview.
His modesty and humility is very refreshing. =)