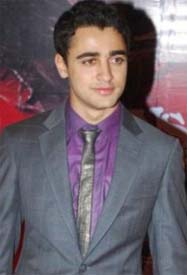 Bollywood actor Imran Khan, who will exchange rings with his long-time girlfriend Avantika Malik Saturday night, has gifted her a Volkswagen Beetle which he especially imported from Europe.


'Imran gifted her a red Beetle as her engagement present. He got the car from Europe and was at it for a month and a half,' an official close to the Imran told IANS.


The engagement is set to take place in a farmhouse in Karjat outside Mumbai.


'It is a very private affair and only family and close friends are invited,' added the source.


The 27-year-old has been dating Avantika, who is the daughter of TV18's honcho Vandana Malik, for over five years. They have been spotted together at various events since Imran's debut film 'Jaane Tu... Ya Jaane Na' hit the screens in 2008.