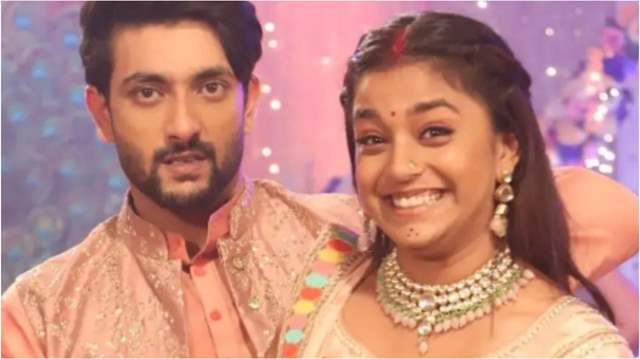 Star Plus show ‘Imlie’ is gearing up for a major twist in the tale. As informed earlier, the show is set to take a generation leap post which the fate of actors Sumbul Touqeer Khan and Fahmaan Khan remain undisclosed. As per reports, actor Megha Chakraborty has been approached to play a prominent character post leap.

The current track of the show revolves around Imlie trying to prove Cheeni innocent while Aryan has started to re-develop the soft corner for Imlie. In the upcoming episodes, Aryan will handle an emotionally shaken Imlie and try to motivate her and save Cheeni. They finally get successful in saving her life.

In the forthcoming track, Malini will learn about Cheeni being her daughter and will try to manipulate her. Cheeni will appear to be manipulated but will eventually side with Imlie. Later, Imlie and Aryan will re-unite and consummate.

Imlie will deliver a baby girl. Malini creates trouble for Imlie-Aryan but it turns out to be fatal for all of them. Imlie saves an unconscious Cheeni, but when Cheeni wakes up, she sees Imlie running away from her to save her own daughter. Cheeni feels Imlie loves her less because she now has a daughter of her own. Imlie-Aryan have a last goodbye moment and then lose their lives.

The would mark the end of season one of ‘Imlie’. The next season’s story will revolve around Cheeni being insecure of Imlie’s daughter.

3 months ago I wonder if the actors themselves get tired of the same storylines, or is it just for a check at the end of the day?

3 months ago Another show ruined by Gul Khan after she tanked Fanaa-IMMJ 🤗 where does that lady gets such creativity?🤔🤔🤔🤔

+ 5
3 months ago They are making Cheeni as Malini 2.0. She will do the same things that her mother did. WOW this seems like a new storyline!!!!

+ 4
3 months ago It’s THE END for me without Fahmaan Khan. Wishing Sumbul and Fahmmy best of luck.

+ 4
3 months ago Just now saw both r leaving and hopefully coming back together in something new ? Happy for their future projects. It was a great journey of AryLie. Waiting for their next

3 months ago I started to watch when they introduced Aryan and followed up ..until that imli baby crap storyline... I was only interested in imli journey with aryan... on her study and career as a bright reporter... and obstacles she has to overcome...in that goal !!!!!! NOT this crap - glad I quit way before!!!!!

+ 2
3 months ago It’s nowhere mentioned what will happen to Malini. She has gotten away every single time without any legal repercussions for her lengthy list of crimes and it would be absolutely shameful and disgusting to see her making a clean getaway this time too, bringing up Cheeni and turning her into a mini version of herself post leap. Anyway, no expectations from the makers whatsoever. Just the certainty that the time to get out of this show that destroyed a beautiful couple and story like Arylie is fast approaching.