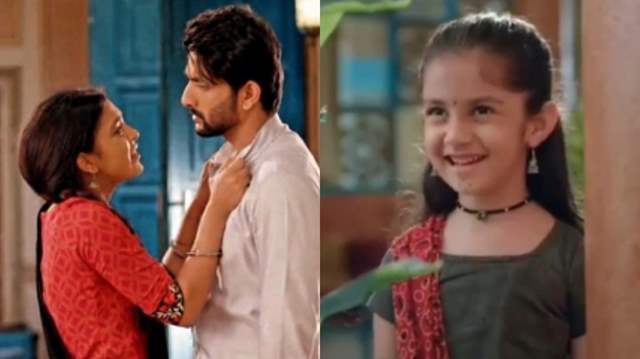 Star Plus show ‘Imlie’ has kept the viewers glued to the TV screens. The current track of the show revolves around Imlie spreading happiness in Rathore mansion. She intends at resurrecting Bhaskar Times. Cheeni wants to reunite Imlie and Aryan. They’ve been coming closer with time.

In the upcoming episodes, Cheeni makes Imlie fall while Aryan holds her. They share a conversation. Imlie asks her why does he always support her. Aryan tells her that she is in the Rathore house for only some time and should not give hopes to the family. Cheeni sees this and thinks to herself that Imlie would never leave Aryan.

The family gears up for Janmashtami celebration. Aryan declines being a part of the celebration leaving Cheeni upset. Narmada and Arpita ask Aryan to not disappoint Cheeni and thus Aryan decides to stay back for the celebration. Cheeni and Jaggu fight to be the Kanha. Imlie tells them that both of them can become Kanha.

Malini emotionally manipulates Narmada and give a Bal Gopal idol to Narmada and states that she feels alone as they don’t have a family. She states that if her daughter was alive she would have been of Cheeni’s age. Narmada calls her for Janmashthami celebration and asks her to consider Cheeni as her own.

Neela disrespects Cheeni. Imlie gives it back to her style. Neela raises her hand to slap Imlie but Imlie holds her hand and asks her to apologise to Cheeni. Furthermore, Malini gets jealous thinking about Aryan and Imlie’s growing proximity. She plans to kidnap Cheeni.

+ 12
3 months ago Arylie will outlive every other aspect of this show.

+ 4
3 months ago The acting is so on par , I so wish to see AryLie more in this season and also in another season. Aryan has a point of promises broken 💔