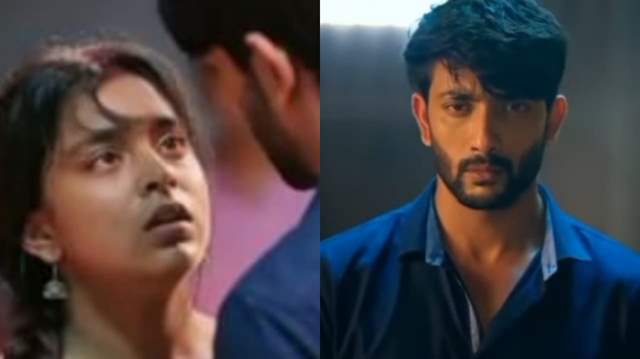 Star Plus show ‘Imlie’ is getting quite interesting with each passing episode. The current track of the show revolves around Imlie being arrested for spiking the ladoos which caused many kids to falling sick including Cheeni. Aryan came to Police station and proved Imlie innocent.

In the upcoming episodes, Aryan tells the police that Imlie is innocent and he has a ladoo prepared by her. He eats the ladoo and proves that she is innocent. He also states that Imlie can be ignorant for her own baby but not for other kids. This hurts Imlie. Malini fumes in rage.

Furthermore, Imlie and Aryan share a conversation and Aryan tells her that he saved her by getting her arrested as she would have faced the flak from the villagers. He also reveals stealing a ladoo made by Imlie. Later, their conversation intensifies as he asks her to apologize but Imlie tells him that she’ll prover herself innocent.

Just then, police get Girish inside the police station. Imlie wacks him and asks him to reveal the truth. Girish later tells him that he is the one at fault and the girl from the village was innocent. Aryan asks him to tell him about kidnapping Cheeni. He states that he didn’t do it on his own, but followed someone’s order. He is about to reveal about Malini but she secretly hits him on the head and he fall unconscious. Girish gets kidnapped. Imlie tells Aryan that it is proved that her report was true and not the one covered by Bhaskar Times.

Aryan apologizes to her and asks her to never come in his way. Meethi tells Cheeni about Aryan and Imlie’s love story and she gets determined to reunite the duo.

+ 5
1 months ago Aryan still cares for her. Now waiting for Imlie to be in RM