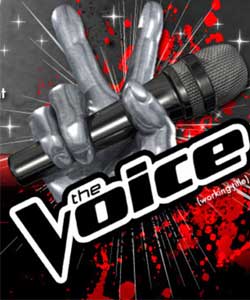 Imagine has always been proficient in experimenting with concepts when it comes to reality shows. After creating shows like Swayamvar, Zor Ka Jhatka, Rakhi Ka Insaaf and Gajab Desh Ki Ajab Kahaaniyaan, they are now coming up with a new singing reality show, The Voice.

For the uninitiated, the show is an adaptation of the American reality show with the same name which has been immensely popular. It was later adapted in Holland and termed as The Voice of Holland.

The show is the brainchild of Miditech who made interesting shows like Iss Jungle Se Mujhe Bachaao and Roadies.

Nikhil Madhok, Senior Director – Marketing and Communications, Turner General Entertainment Networks India Pvt. Ltd speaks about the format of the show, "The show will have the original format wherein the first round will have blind auditions in which the judges will not see the contestants but will be selected only based on the voice. This is the main aspect of the show which makes it different from the rest of the reality shows. Also according to the format, the students can select their coaches and are free to change the coach even during the middle of the show.  The selection of judges is in process as they will then be the coaches of the contestants under whom they will be trained."

He further adds, "We have been working hard on it for a long time and are planning to launch the show by early 2012. This is one of the biggest projects of Imagine TV and we are expecting the show to excel in the genre of singing reality like it had in other countries."

With another singing reality show on television, will Imagine be successful in creating the magic?

Madirakshi practices her voice modulation for an upcoming track of ...

9 years ago and i wish they wont select rakhi sawant for this show as a judge..lol

9 years ago interesting concept,,,,
i hope they select good judges

+ 5
9 years ago honestly why another singing reality show...i think we already have many singing shows...

11 years ago i like n love him for who he is! hahaha
YOU"RE THE BEST!!

11 years ago we like his acting not his abs.. if someone does not like him than it's waste of their time to even discuss here...