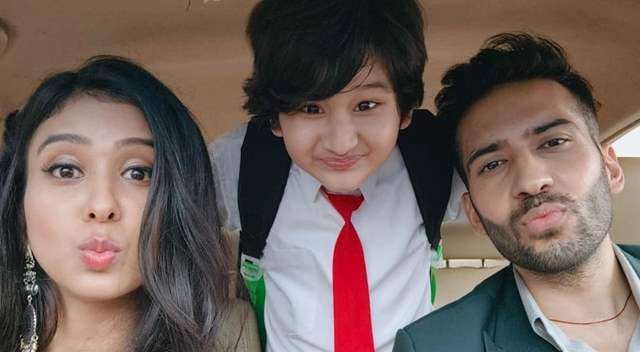 Sony TV show ‘Kuch Rang Pyaar Ke Aise Bhi 3’ is getting all the love from the viewers. The show made a comeback with it’s third season and the best part about it is the show has all the primary characters from the first installment, retained. The current track of the show revolves around Dev and Sonakshi’s improved bond with Ayush.

India Forums got in touch Prerna Panwar who plays the character of Elena in the show. We asked her about her experience of shooting with kids, especially her onscreen son Golu. Prerna said, “I am very good with kids. I have a three-year-old nephew and I love him; he loves me too. I love to be around kids and they also often love my company. I feel playing with kids or having them around gets your inner child out. My bond with both the actors who played Golu is very thick. I’m still in touch with Pragi (who played Golu in season 2). He is such a beautiful soul. Even the new Golu (Anngad) is very well mannered and a sweetheart.

Talking about Golu and Elena’s chemistry, Prerna added, “I feel Golu and Elena share a very friendly bond. They are like buddies. Elena would speak about anything and everything with him. She would discuss about how her went with Golu. It’s very nicely established and people love it. People love Elena and Golu bond because it’s very different from what we normally see on TV. I hope the audience keep loving us”.

ALSO READ: I thought the news of Kuch Rang Pyaar Ke Aise Bhi 3 is not true: Vaebhav Singh aka Vicky