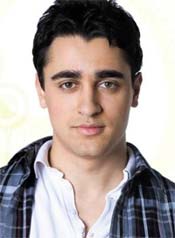 Mumbai, Sep 7 (IANS) Actor Imran Khan won many hearts with his debut film 'Jaane Tu...Ya Jaane Na' that was produced by uncle Aamir Khan. Now he's 'thrilled' to be working in yet another film by uncle dear - 'Delhi Belly'.

'Yes, I'm finally doing 'Delhi Belly', and never mind if my maamu (uncle) is a bit of a slave-driver,' joked Imran. 'But seriously... I'm actually thrilled to be doing 'Delhi Belly'. Working with Aamir maamu is always great. And after 'Jaane Tu ...' we're doing something totally different this time,' Imran told IANS.

'Delhi Belly', to be directed by ad-maker Abhinay Deo, is a sex comedy about a young foreign-returned youth's adventures in the capital. Ranbir Kapoor of 'Bachna Ae Haseeno' fame was finalised for the role, but date hassles cropped up.

Ironically, Imran says he was the first choice but had to opt out due to date problems.

'I had met the director of 'Delhi Belly' about six-seven months ago and he had even screen-tested me. But there were major date hassles. Since my dates were locked in for 'Luck' I requested the 'Delhi Belly' guys to adjust accordingly. But they were unable to do so. And since I had combination dates for 'Luck' with Mithun-da (Mithun Chakraborty)and Sanju baba (Sanjay Dutt), I had given up the idea of doing 'Delhi Belly',' Imran said. 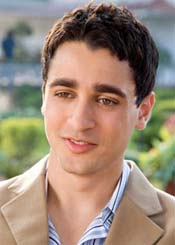 Imran became popular as the 'chocolate boy' in his debut film. Any regrets about not being in Abbas Tyrewala's next film?

'No regrets at all. After 'Jaane Tu...', Abbas is a dear friend. If he needs me for a film he'll call me. I'm now working with other directors. He's working with other actors. We aren't in a space where we need to sit and cry because we aren't working together.

'There's so much stuff happening to me I've no time to brood over what I'm not doing. Fortunately I've people in my life like my mom and my girlfriend to keep me grounded.'

But taking a break is important, even for a newcomer.

'After I finish 'Luck' and start my uncle's 'Delhi Belly', I plan to take a break,' Imran said. 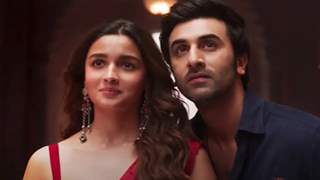