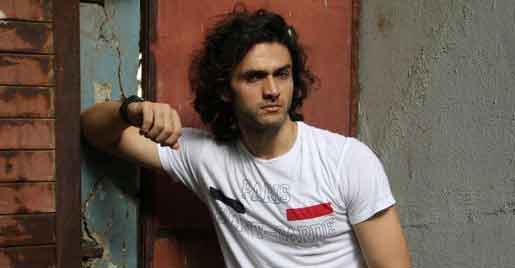 Actor Mohit Dutta, who is making his debut with romantic "Ishqedarriyaan", says his character in the film is as important as that of Mahaakshay Chakraborty's character.

Mohit told IANS: "The viewers are aware that Mimoh (Mahaakshay) is playing the lead role in 'Ishqedarriyaan', but my character Arjun is as important and as strong as Mimoh's character as I'm the parallel lead of the film. My character plays a key role in taking the story forward."

In the movie, Mohit plays Arjun, a passionate singer.

Directed by V.K. Prakash under the banner of Mithun Chakraborty's Chariot Films, "Ishqedarriyaan" also features Evelyn Sharma, and it is slated to release on May 15.

Mohit considers "Ishqedarriyaan" the "turning point of my life".

"The story is completely intense. And it's about how he falls in love and how sacrifices bring about a twist in the narrative of the story. I'm excited about the film, but at the same time, a bit of nervousness is justified for any debutant," he added.