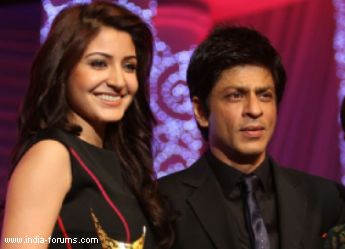 Anushka Sharma has been roped in for Yash Chopra's next untitled film, in which she teams up with Shah Rukh Khan again. The model-turned-actress says that she never imagined that she would get another chance to work with the superstar.

Anushka made her debut opposite Shah Rukh in "Rab Ne Bana Di Jodi".

"I didn't think I will get a chance to work with Shah Rukh again after my first film, but I did. So, I am the lucky one. I look forward to it. Mr. Yash Chopra is an institution in himself literally. I guess I would get to learn a lot from that film," Anushka told reporters Thursday at the unveiling of India Today's women health magazine.

"I have not started the shooting yet. I will be joining the crew from May onwards right after my birthday, which is on May 1. So I will start shooting from May 2. I am very excited. I think it is any actor's dream to work with Yash Chopra," she added.

The 23-year-old also signed Vishal Bhardwaj's "Matru Ki Bijlee Ka Mandola", which is a completely different film. Directed by Rony Shaha, the comedy is being produced by Bhardwaj and it features Imran Khan in the male lead.

Anushka, who has recently finished the first schedule of the film in Rajkot, says the film is different from what she has done so far.

"I am really happy to be working with Vishal Bhardwaj. We just finished a schedule in Rajkot and we are back. He really is a genius director. He knows how much of what you need to use and portray that in his films."

"For me, it was a little different. The kind of films that I have done was different from this one. I was nervous in the beginning, but I think it's going really well and I am really looking forward to it."