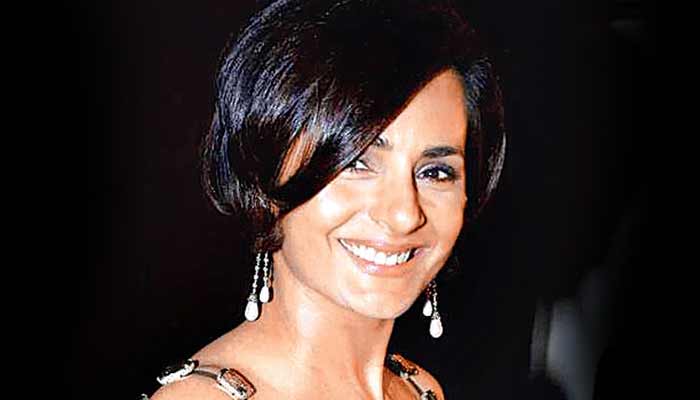 Veteran actress Kitu Gidwani says her age doesn't act as a barrier in getting roles.

Asked if it is difficult to bag roles at 50, Kitu told IANS over phone from Mumbai: "I am getting offers every second day. Ads, films, series... everything."

"I was offered one mythological show to which I immediately said no without taking talks further. I am not interested in dressing up in heavy clothes and overacting to the hilt," she added.

"It's been nice and very pleasant experience. Everybody is like a family here," she said.

Sharing details about her "mean" character, she said: "I try to make his (Sameer) life hell because I don't accept the fact that he is living in my house. In an underhand way, I try to bring about his downfall. So, there is a constant war going on between the two.

"He is also very smart. He realises what I am up to. So, it's great fun playing this character because you never know what she is going to come up with next. She doesn't rest until she shows Sameer in a bad light or every wish of his is thwarted," she added.

But her off-screen bond with Randeep is "great".

"He is a very cool guy and a very good actor," said the "Swabhimaan" actress, who started shooting for the show from March.

Does she give them tips or inputs on acting?

"No. They got more sense than me. They are so good. The younger boys act really well. They are very subtle and not over the top. I don't give inputs to anybody. In fact, I ask for inputs for myself," said Kitu, who has been acting since the 1980s.

"We work together very well," she added.

The show is set in the 1990s. Does she miss anything from that era?

"I don't miss anything about that era. We had some excellent shows during that time. I did my two big hits - 'Junoon' and 'Swabhimaan' in the 1990s. In that sense, I miss it," she said.

On the content of the current shows, she said: "I don't watch any of the shows. I don't find any of them watchable. I used to watch earlier. There were so many shows you could watch that had depth and substance."

Randeep Rai on working in Virgin Suspect: It was a wonderful ...