In this month's edition of Illuminated Artiste we bring to you a singer who has donned various hats of composer, lyricist and actress, and whose song "Calcutta Kiss" from Detective Byomkesh Bakshy (2015) is still amongst the top 10 of many playlists. She is none other than the extremely talented Saba Azad, whose peppy voice has brought a fresh life into the Bollywood music world.
Born in Delhi, Saba Azad's talents were shown at an early 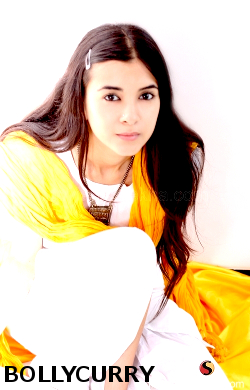 age when she performed Odissi on stages in and out of the country after being trained in various dance forms like Odissi, ballet, jazz and many more. She had also acted in many theatrical productions as a child. After her schooling, she even worked in a short film as the lead actress.
Once Azad came down to Mumbai, she featured in various commercials and soon landed a role in Dil Kabaddi (2008), but her true calling was in music. In the next few years, Azad lent her voice to Ashutosh Pathak's The Petri Dish Project, an electronic band in the indie circuit. She also sang as a guest singer with many other bands.
While in the world of Bollywood, Azad stepped into the spotlight with a lead role in Mujhse Fraandship Karoge (2011), a Y-Films production, which is a subsidiary of YRF Films. In the world of indie music, Azad joined hands as Mink with Imaad Shah aka Madboy in music circuit and Madboy/Mink was formed. Theirs is a band which fuses various music forms like electro, funk, swing, pop and many more providing the listeners with a new kind of music. Since 2013, Azad and her band have performed many gigs in Mumbai and many other places. The same year, Azad got a chance to lend vocals to songs of Nautanki Saala. Yash Raj Films roped her in to perform the "Dhoom Anthem" which she not only sang but also danced in its music video.
Last year, Azad's band launched their first album All Ball and has been touring all over India promoting it. The song "Calcutta Kiss" is actually a variation of her album song, "Taste Your Kiss", both written, composed and sung by Azad and Shah. With the release of the soundtrack of Detective Byomkesh Bakshy!, Azad has finally made an impact in mainstream Bollywood music.
While Azad may have many songs in her kitty, below is the list of Azad's songs that she has sung for Bollywood.
"Dhak Dhak Karne Laga" 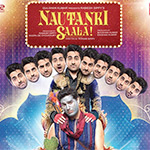 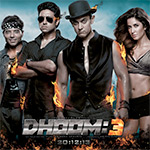 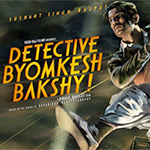 Film: Detective Byomkesh Bakshy! (2015)
Singer(s): Saba Azad, Imaad Shah
Music Composer(s): Madboy/Mink
Did you know?
While Azad's music career in Bollywood might be only in its nascent stages, the response from  music lovers for her latest song has shown that she is in Bollywood for the long haul! BollyCurry wishes her the best and hopes to listen to more of her voice! What do you think of her and her songs? Leave a comment and let us know!
Writer: Kalpana K.C.
Editor(s): Aishwarya S. & Hershi J.
Graphics: Komal P.
Have a suggestion or comment for BollyCurry? Drop us a PM at BC_Dropbox today!

Sara-Soha-Innaya-Saba come together for a family reunion: Adorable ...