View Profile
Find out what's on Deepa Parab's mind. What are her likes? Dislikes? and much more. Read on to find out more. 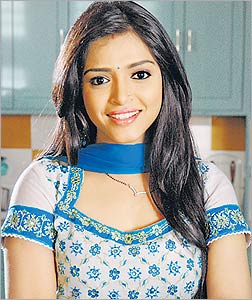 Featured Video
If I were to make my own television show, I would title it as: Manini, swabhimaani

If I were to pick one television actor/actress for biggest looser it would be: None

If I were to lock one television personality in the Big Boss house, it would be: me, as I am an Aloof person, so I wont fight with anyone.

If I were to play a character from a book, it would be: I like a Marathi book, called - Zumber, and there is a chiropractor that I like the most. She’s a doctor.

If I were to change, one thing about my career field, it would be: I don’t like daily shows, I would like to make them into weekly.

If I were to pick one of my roles that I dislike, it would be: my role in Taqwa

If I were to re telecast one show already ended, it would be: Reth and Noopur

If I were given a day without rules, the first thing I would do is: Go out of India.

Deepa sure is a big fan for - Reth, well, so are we. For more gup shups with your favorite stars, stay tunned to TellyBuzz.

15 years ago He is a mindblowing actor... all the best to him!

she is one smart gal & pretty too.
thanks for the article

+ 3
15 years ago I would love to see her in BB!..it can make one heck of an annoying person out of anyone!

I also don't like daily shows much..weeklies are most interesting to watch!