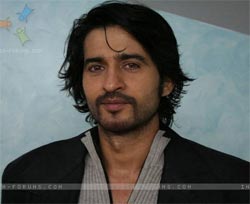 Hiten Tejwani who has managed to acquire a soft corner in the hearts of the viewers through his charming acting and bold personality discusses all of it and more with Tellybuzz….

Hiten firstly tell us about your comeback experience on television with Chhoti Bahu?
Firstly comeback for me would be when I return to the industry after 2-3years (smiles). In my case, I have resumed shoot after 2-3 months, so I won't regard it as comeback in real sense. But it feels great to start working again and I'm happy people have given me a very warm welcome.

In most of the serials you have been part of, you have always been given a mysterious entry, be it Kyunki, Kutumb, Palampur Express and now again Chhoti Bahu. What's your take on it?
(Laughs) I think this question should be asked to the creative teams of my serials. But as of now I would say that, may be they like to keep me as a mystery guy in their concepts. They like it that way (smiles).

You are been approached for many roles now. So are planning to take them up?
Well I haven't made up my mind on that yet. But I'll surely give more consideration to roles which would appeal to me. If roles offered are really nice then I may take it up.

Now that you are a proud father of twins, how does it feel to play romantic interest to girls in television shows?
Well it feels good. And at any point of time, I am a human who always feels young at heart if not in age. So as of now I could say that I'm being offered characters that suit my age.

Once actors start getting recognition they become very selective while taking up roles? What's your take on it?
I feel after working in the industry for quite sometime, one needs to get selective about the kind of roles he/she enacts. But my basic idea is that I try not to repeat same kind of roles.

Are you still associated with theater as in your earlier days?
Theater as of now has taken a back seat. Working for theater requires more time dedication and it involves lot of rehearsal sessions. So managing theaters at this time is a bit difficult.

What difference do you find when it comes to acting in  theaters and in television?
The major plus point of working on television is that you are allowed cuts and re-takes whereas this is not possible in theater; it's just one shot over there. And the most striking feature is that in theaters, response from audience is also instant and quite motivating.

How do you think the industry has treated you so far?
In that case I would say I was very lucky, the industry treated me very well. They welcomed me with open arms.

So does this mean that you have had no struggle in the industry?
Every person who gets into the industry has to struggle in some way or the other. And when things come your way very easily you don't feel the real worth of your achievement.  And achieving one's desire with hard work and struggle is a different fun all together.

In an interview you said you are great fan of Amitabh Bachchan and Shahrukh Khan,  so one quality of both you admire a lot?
Firstly I'm nobody to point out any good or bad qualities about the two great artists. But as I idolize them, I truly admire SRK's energy and passion towards his work, and Bachchan Sir's punctuality at all times.

We also have information that you are fond of writing and one day you wish to write a novel and get it published. Is it true? If yes what would be the theme of it?
Yes it is very true, I love expressing my emotions through words. I have started it by writing blogs. But apart from writing a book I also have a wish of writing a script. But that requires solitude and 100% concentration, so at this point it's just a thought.

And talking about the theme I would like to write about things happening in and around a person which are fact based. Basically events that are stored in one's memory and when they read it they get a feel of 'hey I knew this'. In other words, something that people can relate to.

You also have a pet named 'Bekham', tell us something about it?
Yes, he's very naughty. He's our first baby we had got him when he was just 21 days. He has his personal tooth brush, a couple of t-shirts, in short a wardrobe of his own. He's a complete family member.

And now when we have our two angels in the house he's trying to figure out what these creatures are like. It's fun with him.

Tell us something about your sweet memories with your twins Katya and Neevan?
How do you manage spending time with them?
Well now work is not that easy after having spent four full months with them. So I miss them a lot when I'm at work. But whenever I come home and get a glimpse of their smiling faces, all the tiredness, fatigue just vanishes in no time. I love them a lot.

The dedicated fans of you and Gauri are eagerly waiting to see your on screen chemistry, so are there any chances of that happening?
As of now Gauri has taken a complete break. She wants to dedicate all her time to the two kids. But may be in future if she's offered any interesting roles or if she finds it quite tempting she might take up.

Message for your fans on India-Forums.
Thanks for all your love and support. I know that you people are not willing to see me performing a negative role. But please do understand that it's just a character and it's not the real me. And I'll always be the same for you.

10 years ago ya me want him lead now

10 years ago love u hiten,gauri,neevan and katya.

hiten do roles according to ur own wish..love u always:)

+ 2
10 years ago hiten loads of love and prayers to you,gauri,nevaan and katya.

10 years ago such a sweet int.

waiting for gauri's comeback with hiten.