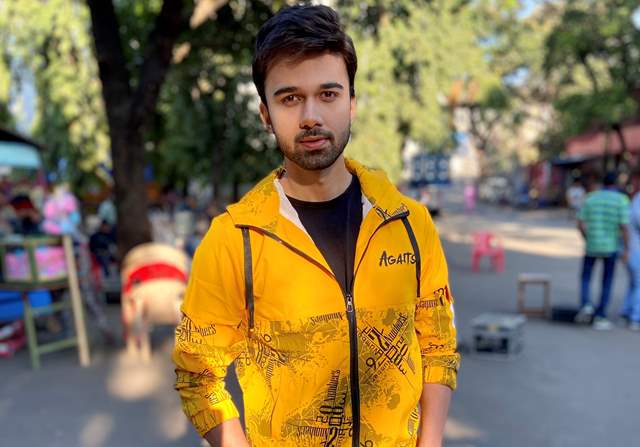 Actor Avinash Mukherjee is being seen as Rudra in the newly launched short story collection on Hungama Play - Ratri Ke Yatri by Anil V Kumar. We have often seen Avinash in sweet, romantic roles, but this is probably the first time he is seen as an angry young man and his fans are loving him. Speaking about the role he says,”I really loved playing this character. This is a very different avatar compared to my past roles. My preparation for this was very simple using an actor’s magic word: what if? What if I was in this situation? How would I react? Putting myself in Rudra’s shoes really helped me get into the zone. During the shoot, I tried my best to live through those moments. I also read through Rudra’s character thoroughly to make sure I understood the nuances well. The whole shoot was fun. The short film released on 21st July and is getting good feedback. I worked really hard for it and went all out.”

Speaking about his co star Barkha Sengupta, Avinash says, ”Barkha is an amazing actress. When you’re doing such performance-driven scenes, you need a good co-actor to perform with. Someone who can understand the intensity of the scenes. She challenged me throughout the shoot and helped me grow a lot between the scenes. It was an amazing experience working with her. I was really satisfied with the feedback of the trailer. Not much was shown in the trailer, just a couple glimpses. Once people see the whole film, it’s around 15-20 minutes, I think it’ll be a new experience for everyone.”  Do you feel you should explore more versatile roles?  “Yes I believe versatility is really important as an actor. It’s always good to try new roles and characters. I don’t think there’s much importance to an actor’s image now. It might’ve been a thing in the eighties-nineties era. Today it’s all about your own brand now. I think people will accept me as whatever role I play as long as my acting is convincing and impactful takes the audience in an emotional journey.”

BB 14: Wild Cards To Enter Shocking Everyone; Contestants Get ...