Shankar Mahadevan, the versatile singer and ace music director is on course to judge NDTV Imagine's much awaited musical show, Dhoom Macha De....He joins hands with renowned lyricist and script writer Prasoon Joshi to adjudge the 'Best Live Performer'....Here is Shankar talking about music and also his role as the judge of the reality show. 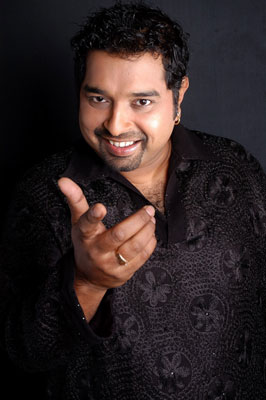 Featured Video
How is it to be one of the judges of the reality show Dhoom Macha De?


It should be a great experience, a face-off on stage where the concept of the reality show is not to bring out a new talent, not to judge the singers on the basis of sur and taal, as they are already in sur and taal. They will be judged on an overall performance, where many aspects other than singing will be looked at. So this reality show has a unique concept, and I am looking forward to it.

What is your take on reality shows?

It is a wonderful platform to exhibit talent, and show the world that is my voice, and then leave it to the judges and the audience to accept your voice or not. But the flipside of these reality shows is that votes get accounted for, not based on sheer talent, but on the power of SMS game based on regional factors; as a result, the real talent does not get noticed. This is the sad part of all reality shows.
What is the advice you would give to the talents that come out of the reality shows?

The only thing I would tell them is that, by performing well in a reality show, their faces and voices have become popular, no doubt about it! But that is not the end of the world. They should consider this success as just the stepping stone, and the beginning of a new life. They should use this little advantage that they have got over others in a positive way, work harder and start their career.
What do you think of the concept of rating the professional singers?

Every singer and composer does that day in and day out. Whenever a singer sings a song, we do rate the song, on an everyday basis. We let the singer know, where to improvise and where to do better. The only difference now is that, they will be graded on stage..
You have been a singer and composer, so do you have a thought inside you that you should have participated, rather than being a judge?

Well, the channel and the authorities involved have felt that I am now good enough to be a judge. If all feel I am a notch higher and more skilled, and I am capable of sitting and assessing them, I guess, I will take that.
As a judge, what would you look forward to, in the singers in this show?

I would be looking forward to versatility, would wish to hear newer presentations of already existing songs. In short, I want to see a fresh approach to every song attempted.

What comes first for you, Singing or Composing?

I would say, Music comes first for me.

What is next in the pipeline for Shankar?

I am looking forward to Taare Zameen Par now, followed by a lineup of movies in the coming year..

Rahman is judging a reality show in 9X, and you are with NDTV Imagine, so how is it going to be?

(laughs) Yes, it is going to be real fun for us. We are here to enjoy. It is going to be a second time for both of us when it comes to judging on TV, so let's see how it goes…