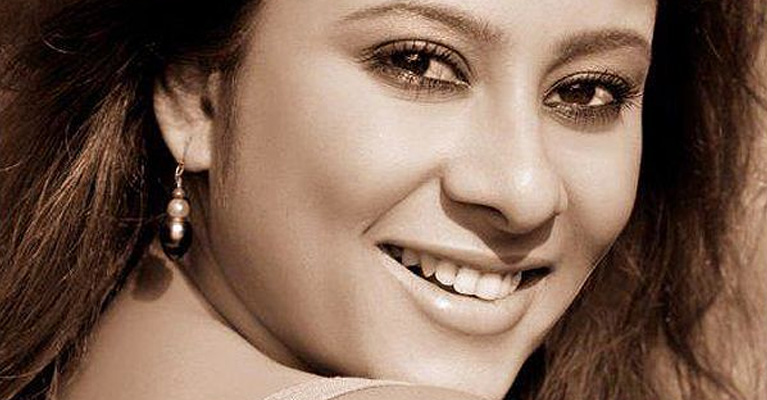 It seems like experimentation fascinates actress Sai Deodhar. And perhaps this motivated the actress to accept the role of a bar singer in the ongoing show Dil Ki Baatein Dil Hi Jaane on Sony.
Sharing about her role opposite Ram Kapoor, Sai says, "I will be performing the character of a bar singer. Further, many details will be revealed, as the scenes proceed, like under what circumstances she took this job, her story, her family etc. Besides, the nature of the girl is quite bubbly and emotional."
This is the second show that Sai will be featuring in after her three year sabbatical from television. Currently, she is also being seen in Colors' show Udaan.
Considering her role as a mother in Udaan, this is completely opposite. What made you take up this role? "Well, I haven't played this kind of role before. Moreover, I wanted to do something different than my role in Udaan. And this is a glamourous and urban role, exactly what I wanted. I want to play different and interesting roles," shares Sai.
Though the show Dil Ki Baatein Dil Hi Jaane is yet to succeed in terms of TRPs, Sai says with her entry, sometime next week, the viewers will get to see some interesting twists.
So, how do you select roles on the show? "There are no set rules. I simply go with the flow. You should be open to everything that comes. I don't really plan," she explains.
Now that rumours regarding her leaving the show Udaan are surging, we ask her if she will be continuing the show, Sai clarifies, "I'm still doing Udaan. I have heard about leap happening, but I am not too sure about it. But as of now, my main focus is Dil Ki Baatein Dil Hi Jaane."
Apart from acting, Sai has also produced a show and a Marathi film. We wonder what she enjoys the most and she replies, "I enjoy both and maybe someday I would like to be a director." The actress also desires to produce more films and act in Marathi films as well.

+ 5
5 years ago oh man I hope there isn't a leap in udaan and lets hope it doesn't go the love story way either... I like that the focus is on the kids becos the kids r brilliant actors.

8 years ago yep.. Delhi is the best place to live in whole wide world :-) It rocks because it is full of big hearted people and there is always love in the air.