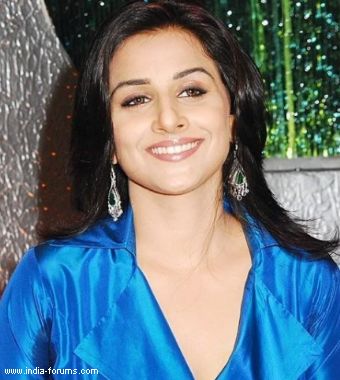 now wants to try her luck in Marathi films.

"I want to do Marathi films. There is some great work happening in Marathi cinema. Marathi movies are doing well," she said during the promotional event of "Ferrari ki Sawaari" here Friday.

In a complete red sari, Vidya sizzled on stage as she performed the item number for the audience. On public demand, she was asked to repeat the performance.

"I always had a dream to do a lavani. But I thought lavani is done only in Marathi films but I was amazed when I got a call from Chopra productions. I was more than happy to do this lavani. I really drove my choreographer Standley nuts while filming this song," she said.

The actress claims she has not received any adverse comment for this song.

"I haven't come across any criticism yet for this song. I got a call from someone who said that I reminded them of some authentic lavani dancers. With all the respect I would not like to take their names. I am happy for myself."

Asked who was her inspiration for lavani songs, Vidya said: "Madhuri Dixit of course. I really liked Madhuri's song in 'Sailaab' and 'Sangeet'. I also admire Smita Patil in 'Bhoomika'."