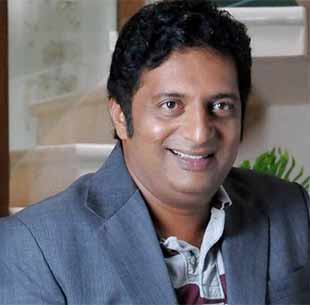 Actor Prakash Raj, who is gearing up for the release of his Telugu directorial "Ulvacharu Biriyani", says he likes to helm films that not only entertain but also those that touch the heart.

"Ulvacharu Biriyani" is the remake of Malayalam film "Salt N Pepper". The film will also be released in Tamil as "Un Samayal Arrayal" and in Kannada as "Oggarane".

A romantic comedy, the film is not a frame-to-frame copy of the original, adds Prakash.

"We have made changes to the remake, added few characters and ensured that it's not a copy. It is a remake, but it has been adapted to suit the sensibilities of the (Telugu) language. I loved the original and felt it would be nice to remake it," he added.

Maestro Illayaraja has composed tunes for the film, which is releasing June 6 worldwide.

"Raja sir's music is the biggest highlight of the film. I feel blessed that he agreed to compose music for my film. I consider myself lucky to work with him again in Mahendran sir's film soon," he said.

Prakash is producing Tamil filmmaker J. Mahendran's next directorial, which too has music by Illayaraja.