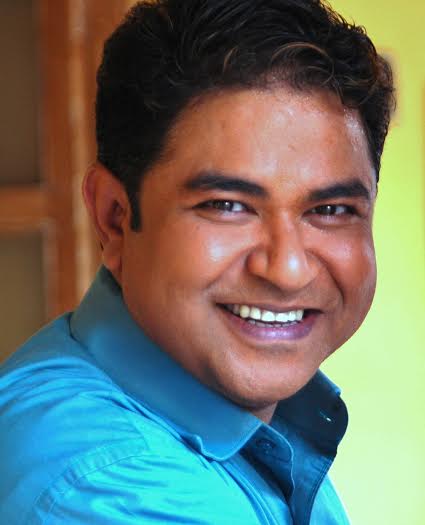 Versatile actor Ashiesh Roy who made his mark in films as well as in TV shows, recently acted in the acclaimed film Raja Natwarlal. Ashiesh Roy who is currently seen in Sony TV's Hum Hain Na talks about his experience working in the film, his journey in the television industry and more...

Here is Ashish talking about the same -

How was your experience working in the film Raja Natwarlal?

So what appeals you more - acting in a film or a TV show?

I think for an actor the medium should not matter. An actor should always think about acting. He or she should give his or her best then whether be it theater, film or daily soap.

How did you start your career in television?

My journey in television has been exhilarating, I started with direction and then grabbed a role in  the show Banegi Apni Baat on Zee TV which was a love story. I remember during that time things were very organized and we used to discuss scenes with the director a day before but today if you talk about daily soap we are left with no time. It is a very difficult field, you have to work for hours no matter what happens. Sometimes you really have to survive in inhuman conditions, it looks glamorous from outside but you really need put a thought before getting into this field.

As you are in this field since a long time so can you share the transition period of television industry?

I think the working style of television industry has changed a lot. Earlier things were done in an organized manner whereas the work pattern has changed today. Today while casting, the looks matter more and acting is the least priority.

So what are your future plans?

Currently I am doing Sony TV's show Hum Hai Na and soon I will be doing a film titled as Barkha.

LiliWorld 6 years ago Like Ashiesh Roy's answers in this interview... doing great as Pratyusha's father in Hum Hain Na :)

Sarica 6 years ago Ashiesh Roy,I like story in Hum Hain Na.Pratyusha Banerjee is a great actor.All the best for this show.

riya_ss9 6 years ago Ashiesh Roy you are doing great as Pratyusha Banerjee's dad. Wish You all the best.

ahilajkula 6 years ago Ashiesh Roy , a great person and a great actor.

vibraj 6 years ago You are providing good comic relief in your new serial, love Pratyusha Banerjee too!