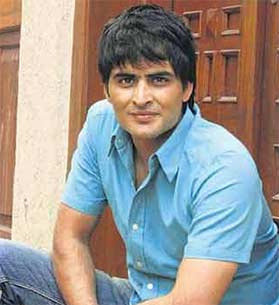 Actor Manav Kaul, acclaimed for his roles in films such as "1971" and "Kai Po Che!", likes to surrender himself to the vision of a director because he feels that it will allow him to "experiment" and deliver something "surprising and new".

"You can do films with different directors, but you always look for trust and vision in a director. I look for it in the directors I work with and when I find it, I surrender myself completely. When you surrender to a director, it allows you to experiment with something new and surprising," Manav told IANS.

He says "every actor should work with Hansal".

"He gives you so much freedom. He will give you the character and will ask you to develop it and accordingly perform it. During the shoot, Rajkummar and I were given the characters and asked to develop it on our own. There's so much of freedom when you're working with him," he said.

"When you watch films like 'Ankhon Dekhi' and 'Shahid', you realise you want to be part of them. When I watched 'Shahid', I wish I was part of this film irrespective of any role. Subsequently, when I got a call from Hansal, I didn't know my wish will come true so quickly," he said.

Manav feels "Shahid" has made Hansal "more confident". He thinks that's a great sign for any filmmaker.

"You can see his confidence in his work. He pays attention to every small detail and shifts all his attention on his actors. He gives top priority to his actors and ensures he extracts the best out of them as much as possible," he added.

"As an actor I feel wonderful to work with a director who judges your performance based on minute details. The whole experience was so enriching and I felt like going back to school to unlearn and learn everything all over again," said Manav.

"He's always so busy preparing for his character that eventually everyone around him also becomes so sincere. I was a spectator to his performance in the film and in turn learn a lot from him," he said.

Manav doesn't believe in the term character artist and says that "all characters expect you to act".

"There are challenges associated with every role you play in a film. It could be for a few scenes or throughout as a lead role."

"I have been offered so many films. This shows the trust people have in me as an actor. A real actor should be able to pull off any role irrespective of whether it's a lead or cameo. Would you call Sanjay Mishra in 'Ankhon Dekhi' a character artist? You can't because he single-handedly carried the film on his shoulders," he said.

"I think perception about actors is slowly changing as people have started treating everybody as actors," said Manav.

Besides acting, Manav has tried his hands at theatre and also directing. He directed the 2012 award-winning film "Hansa".

But he finds acting most challenging.

"I find acting most challenging of the three because I stopped doing it in between for a while. I'm exploring my position as an actor since I'm getting such wonderful scripts and, therefore, it's not easy to do justice to each one of them," he said.

"Theatre is like homemade food and you always go back it regardless of what you eat. I somewhere feel all the three complement each other. My acting complements my theatre, which in turn complements the small films I make," he said.