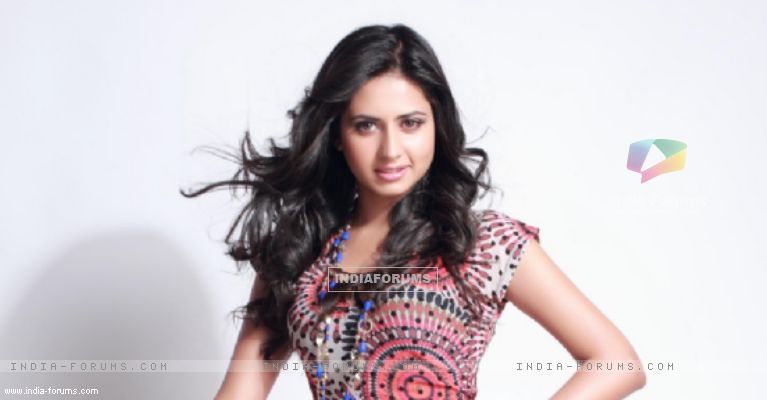 Television actor Sargun Mehta does not abide herself to a set plan. She prefers to accept projects that interest her. Going by the need of the hour isn't her style. Her foray in the Punjabi cinema with the recently released film Angrej, starring Amrinder Gill, Aditi Sharma, Ammy Virk and Binnu Dhillon, gleaned applauds for acting prowess not only from the film critics, but also her fans. With a strong storyline written by Amberdeep Singh, the film got the third best opening for a Punjabi film so far.

With the film's shows still running houseful, we ask Sargun how does she feel about her debut and she replies, "This was a move that I did without any thought. It was a completely different area for me. I had been watching Punjabi films of late, but I had never imagined enacting in a Punjabi film."

What intrigued Sargun was the script that made her sign the Punjabi film. "The moment I read the script, I said 'Let's do it'. When the film released on Friday (July 31, 2015), I was shocked to see the shows houseful. It's still going strong in theatres. It feels wonderful to hear good reviews about the film," she says.

Angrej is periodic drama with a blend of romance and comedy. Set in the era of 1940s, it's a love story surrounding four people. According to you, what made the film garner an overwhelming response? "Nowadays, love is all about Whatsapp or Facebook love. However, the film shows a love story about which we have heard from our ancestors. It highlights the culture and other exciting sequences from an era that we have missed watching lately. Besides, what impressed the viewers is the story. Amberdeep has done complete justice to it," she explains.

Touted as one of the best discoveries in the Punjabi film industry lately, Sargun has been flooded with film offers. However, she plans to go slow and that too with good scripts. Post exploring Pollywood, we wonder if she has plans to debut in any other regional cinema and she replies, "I haven't set any barriers for myself. I take up things only if I find them good."

Actress, model, anchor and dancerâ€¦ we have seen her donning so many roles on television. However, of late, she hasn't taken up a full-fledged role on television. Her last role was as Ganga in the ongoing show Balika Vadhu. Any plans of making a comeback? "I have some good fiction shows coming my way, but I'm yet to finalise it," she clarifies.

Hope to see you soon on TV!

5 years ago Eagerly waiting for ur come back Sargun Mehta

5 years ago Just saw angrej few days back, it was a super good and funny movie! Sarguns acting was so beautiful!!!! I loved her as a spunky Punjabi girl! Officially a huge fan of Sargun Mehta now :)

5 years ago absolutely loved your character in Angrej

you made a fabulous pair with Amrinder Gill

Sargun u were too good in Angrej. :*

+ 2
5 years ago sargun mehta is a fab actress.she did v.gud job as ganga watever little screen space she got. its gud 2 see her getting gud roles. wish all the luck 4 her movie & future projects.wish 2 see her back on TV either wid Ajay Chaudhary or shashank vyas as lead pair