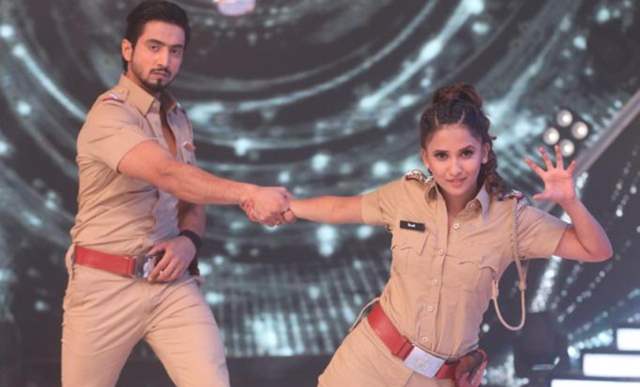 After enthralling the viewers with some phenomenal performances week after week, the contestants of Jhalak Dikhhla Jaa will be challenged to groove with an element of 'Khatra’ in the upcoming weekend. The biggest dose of dance and khatra drops on COLORS’ Mahasangam of 'Jhalak Dikhhla Jaa 10’ and 'Khatron Ke Khiladi 12’.

The entertainment quotient skyrockets as action guru Rohit Shetty and finalists Tushar Kalia and Jannat Zubair join the Jhalak stage. Rising to the challenge, Faisal shows some killer moves to the song ‘Singham’ and stuns the audience. Floored by Faisal’s daredevil act, Rohit Shetty expresses how proud he is of him for coming a long way.

Judges Karan Johar, Madhuri Dixit Nene, and Nora Fatehi applaud him for completing the act on the moving stage. The best compliment comes from Rohit Shetty, who confesses that he wants to see him grow through television. Utterly impressed with Mr. Faisu’s performance, he says, “Despite being trolled so much you have come a long way. Your journey from a social media star to the television reality shows like ‘Khatron Ke Khiladi’ and now ‘Jhalak Dikhhla Jaa’ is very inspiring. I have never seen someone so hardworking as you. Karan and I are brands today because of television and I want you to grow here and make your family happy.”

+ 7
2 months ago Faisu deserves all the praise..he is doing so well