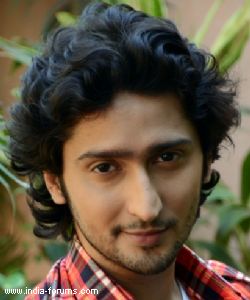 Despite round the clock shooting, he responds to your messages in a minute and makes sure to answer your questions with utmost sincerity, for he feels he owes it to his fans and viewers. Up close and personal with Kunal Karan Kapoor, whose portrayal of 'Mohan' in Na Bole Tum Na Maine Kuch Kaha of Colors has got the television industry to sit up and notice the talent.

You are known to be an adrenaline junkie, what is the craziest thing you have done?
I'm not sure if adrenaline junkie is the right term to describe me. I'm what people call 'Random'. I once landed at the airport armed with my back pack and passport with no particular destination in mind, and six hours later I was in Thailand. I travelled across the country for 15 days all alone.

How come you landed in acting and what prompted you to play Mohan?
Acting did not happen overnight. I have been trying my hands at it since the age of 13, so it was not just wave of a wand. I can easily relate to Mohan's character. His demeanor is quite similar to mine and also, our producers are fantastic! It was an opportunity that I would not have missed.

You share screen space with both the characters –'Megha Vyas' and 'Nanhi'? Who do you think you have a better chemistry with?
It has to be Nanhi. She is adorable.

You are working round the clock, how do you spend a day off?
Day off is a luxury these days. I'm not complaining as playing Mohan has been a life changing experience. I'd rather just kick back and watch TV or movies.

How would you rate yourself as an actor?
(Promptly) Horrible! I just seem to be able to rattle off my lines. I see how other actors are comfortable delivering their dialogues, whereas I just manage to scamper through.

Are you dating anyone currently?
(Laughs) No, I'm currently single.

How would you categorize yourself – Casanova or a one woman man?
I'd rather go with the flow and not have too many expectations to start with. Considering how free time is paucity these days, I'm still learning to grapple through events.  I can be very impulsive and the next moment I can go in my shell. I'd probably go with ' one woman man' now.

Are you a prankster on the sets?
Not wanting to sound too boring but I'm not really a prankster. So, whatever free time I have between shots, I go and surf the internet or watch movies. I do log onto India Forums to read what fans have to say about me.

What is your dressing style? Is it similar to Mohan's?
Mohan is dressed by the creatives. I'm not into layering. I'm more like a t-shirt, shirt and a torn pair of denims guy. I love wearing my old clothes. I have a pair of denims that is nine years old and I love slipping into them. I do have a shoe fetish though. I like shoes and most of the shoes used on the show are mine.

You have a very rhyming name – Triple K 'Kunal KaranKapoor', what's the story behind it?
(Laughs) Karan is my dad's name. I opted for Karan as my middle name because after 'Rang De Basanti', I was confused umpteen number of times with Kunal Kapoor. People would call and say – 'We have a script ready. You are acting in RBD was phenomenal'.

Kunal, we are going to play 'Quicker' with you. You will be provided with options and you have to answer in a jiffy.
Sure!

TV or Radio – Hands down TV!
Sleeping or Trekking – These days, I'm sleep deprived!
Action or Comedy – Comedy, We need humour in our lives.
I Phone or Blackberry – I'm so tired of BBM. So, I Phone.
Air travel or Train Travel – Tricky. I don't mind both. Let's say Train travel.
Mountains or Oceans – Mountains.
Cars or Bikes – Anyday, Bikes

3 years ago Kunal Karan Kapoor you are the best.

5 years ago Kunal Karan Kapoor ,you are so cute... keep smiling always!

6 years ago wow Kunal Karan Kapoor ! awesome!!! you are amazing !!! i am curious to know more about you!!!

9 years ago awesome acting kunal baya...go on...the way u give the feelings in episode awesome...

10 years ago Kunal your acing is just fabulous...The way you give life like scenes is just out of this world...Really liked you in yesterday's episode...Hope you continue on your stance...

10 years ago You have great acting talent. Keep it up. Best wishes.