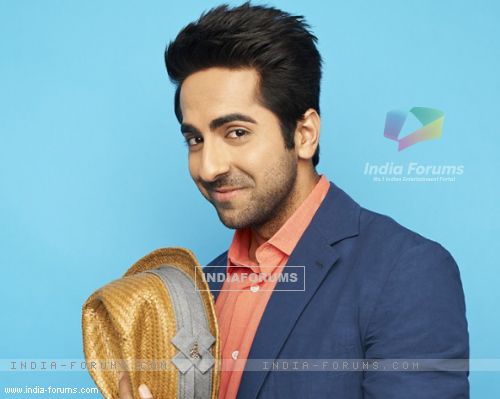 From winning Roadies, to anchoring, to singing, to acting; one just tends to like Ayushmann Khurrana, irrespective whatever he does. In an exclusive chat with India-forums, he speaks about his upcoming movie Hawaizaada, his bonding with Mithun Chakraborty, and his zest of living life.

When you started off with Vicky Donor, did you expect you would do a film like Hawaizaada one day?

I don't expect much from life even in Vicky Donor I was personally expecting critical acclaim but the kind of commercial success it got was never expected. As far as Hawaizaada is concerned it has a potential to reach a wider audience because it is a story about an unsung hero, an untold story. Especially Indians should know about this person. The movie has got a U certificate. So we are in a happy space because everybody has liked the trailer, kids too have liked the trailer. There is lot of stuff for people of every age. When the kids see the flying shots they will get the Harry Potter feel.

Was signing Hawaizaada a conscious effort to break the monotony of the kind of films you have done in the past?

There was no agenda or plan. I don't plan my life that much. I take my life very organically and naturally as they come. I believe that I am more of an explorer than an achiever. When I heard the one-liner of the film, the idea was so novel, on the man who made the first aircraft; I was just drawn toward the film and its script. 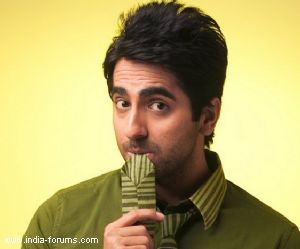 Did you have any inhibition when Vibhu Puri came up with this film to you?

Of course because this is the first time I am moving out of my comfort zone, I will be playing a Maharashtrian for the first time. I will be playing someone who is not like me for the first time, it was unnerving and I won't lie. But it's been six years in this city and coincidently my staff is Maharashtrian, so I told them to interact with me in Marathi. It's been a year and half we have been shooting this film, now I can completely understand this language, because they only speak in Marathi with me. The language was the only part, because I have done theatre in the past mostly in Hindi. I am good with Hindi and Sanskrit that is why I am good with Indian languages, so I can grasp the Indian languages very well.

You have sung in Urdu, for Hawaizaada, was it equally easy considering your knack for Indian languages?

The film is set in the 18th century, an era we don't have much reference about. So how challenging was it for you?

You can't really term it as a biopic, because has been written about this person. We have references about Gandhi, Milkha Singh, Dhoni, but none for Shivkar Talpade. We only know about this invention. We have no idea about his personal life, or how he was.  So in a way this gives a lot of creative independence to the writer and the actor to portray this person in his own way. 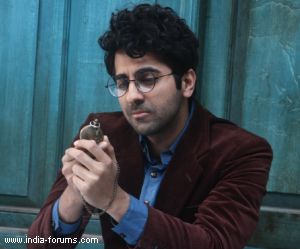 Did you think that there could be allegations of your story to be fictional as the Wright Brothers are known to be the 1st to invent the aircraft?

I think that is bound to happen. India was a colony that time in 1895 we could not patent. There is no proof, only a handful of articles online. We have used all of it in the movie. Having said that it is a conspiracy theory still its fodder enough for someone to make a film.

What was your experience like working with Mithun Chakraborty?

He is very energetic; in his mind he is still an 18 year old guy, which is amazing. More than acting tips, I learnt wisdom from him; I learnt the zest to live life. He is self-made man, and we also bonded over food, since he is an amazing cook. I got to know that when he had no money for rent in Mumbai, he used to cook for his roommates. So his personal story is so inspiring.

Did you have to unlearn your technique of acting for this movie?

I had to unlearn being myself. Because I have been playing this quintessential North-Indian guy till now, it's the 1st time I have come out of my comfort zone.

What about your future projects?

Dum Laga Ke Haisha is looking very nice, we have completed the film, it gives a very international cinema kind of film, and it's beautiful. Agra Ka Dabra we will be starting very soon, in March or April.

We wish and hope Hawaizaada takes your acting career to new heights!