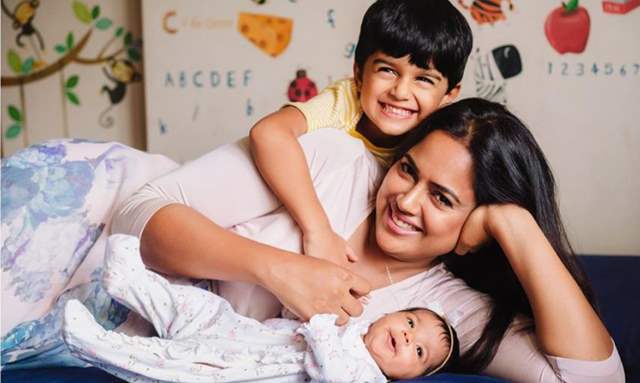 Bollywood actress Sameera Reddy started making headlines when she became a mother for the second time in July this year. She already has a four-year-old son, Hans with husband Akshai Varde, and gave birth to a baby girl, Nyra on 12 July 2019.

During her second pregnancy, Sameera was vocal about her experience and urged new mothers to accept their bodies and love themselves the way they are. She also started a campaign on Instagram, #ImperfectlyPerfect, to talk about the importance of self-acceptance.

The No Entry actress revealed that she underwent postpartum depression after her first pregnancy. “My campaign comes from the fact that I felt completely disillusioned and broken after being pregnant the first time when I gained weight and was 105 kgs. The perfect body and the perfect face that I worked on, for my film career, broke apart and I was completely lost,” Hindustan Times quoted Sameera as saying.

She also reveals that she did not understand what was happening to her and took the time to come to terms that she was undergoing postpartum depression. “Back then, I didn’t even realize I was suffering post-partum. When I complained that I was emotional, moody and feeling very disconnected, I was told, that they were the pregnancy blues. I went with that and kept thinking something is wrong with me. But later, when I consulted a doctor and opened up about my negative thoughts and how I was often feeling extremely low, that was when I was told that I had postpartum depression”

Sameera adds that as she waited too long for the diagnosis, it took her almost a year to get out of it.

However, she states that she was prepared for her second pregnancy and had a change in her attitude and perspective towards her body. “This time, I was vocal and I wanted to help new mothers realize when and if they were slipping into it. It’s nothing to be ashamed of,” she quoted.

She further talks about her social media campaign and states that her campaign aims at combating this feeling and creating awareness that everything may look picture perfect on social media, but it isn’t necessarily true. 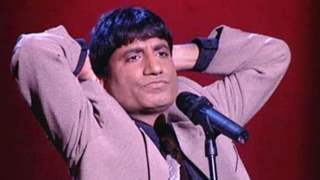 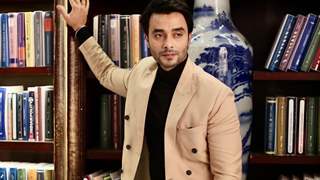