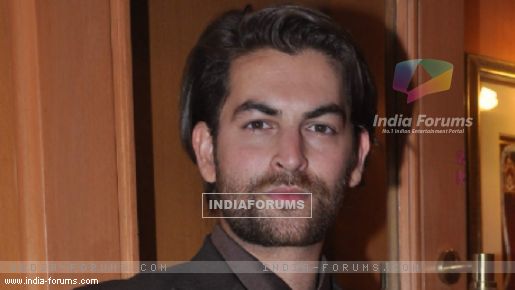 Actor Neil Nitin Mukesh, who plays the antagonist in upcoming Tamil actioner "Kaththi", says audiences won't see him as an over-the-top villain in the film, but as someone who is bad by nature.

"There is a tendency for any villain to go over the top while playing a baddie. I have avoided that in 'Kaththi'. I wanted to ensure my character doesn't go overboard and only appear as someone who is bad by nature and not by looks," Neil told IANS.

"Another thing audiences will find in my character is that I won't come across as a usual south Indian villain. Thanks to my stylist Rupali, I've been made as stylish as Brad Pitt and David Beckham. Since I play a foreign-returned character, I wanted to look like I belong there," he added.

Neil says looks were always his "last priority". He worked hard to learn the language.

"I didn't want to make a fool of myself without learning the language. If I don't know the meaning of my dialogues, I would be stressing in the wrong places while delivering it. Therefore, I would sit with the assistant directors, get all my lines translated and then mug them up," he said.

"I would then rehearse standing in front of the mirror and know that I'm stressing on the correct words. I didn't want to sound like I'm saying the dialogues just for the heck of it. My efforts to learn the language came as quite a shock to Murugadoss and Vijay because they weren't expecting it," Neil added.

"Kaththi" is slated for release this Diwali.