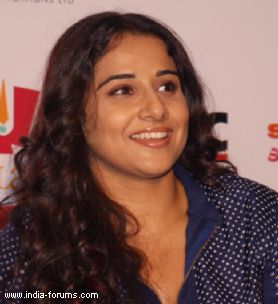 Actress Vidya Balan, who will be seen as a detective in "Bobby Jasoos", says she never had to be like a sleuth for her husband Siddharth Roy Kapur.

Vidya, who is also rumoured to be pregnant, dodged the question and instead talked about response to her forthcoming film.

"You all should give me good news on July 4. The film should get a good opening and everybody should appreciate the film and that will be the good news," she said.

The actress has donned various looks in the film and says many people even refused to recognise her on the sets.

"As soon as I reached the sets, many people didn't even recognise me. I loved the male disguises. It was a great opportunity to do that," she said.

The film is directed by Samar Shaikh and co-produced by Dia Mirza and Sahil Sangha.