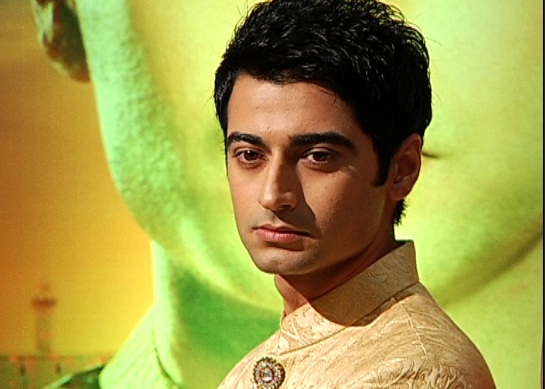 With the growing popularity, our Telly celebs have to come across many rumors. Our Wednesday column focuses celebs who have heard some of the craziest rumors against themselves and their reaction on the rumors.

This week we got in touch with the good looking actor Harshad Arora, who is loved as Zain in Colors' popular show Beintehaa.

Here's Harshad sharing his reaction towards the craziest rumor he has heard about himself...

He shares, "The craziest rumor I have heard is that I am a Gay and I was speechless listening to this. I wonder how can people spread such a rumor that has no logic and sense. I was shocked as well as was laughing on this rumor as I had never heard such weird rumor about myself."

On asking about his reactions, Harshad says "I don't give importance to such baseless rumors. I just ignore it and feel it's the best way to shut rumors off. Rumors are sometime really shocking but this rumor I would rather say was the funny one which I laugh out at."

"Coming to this television industry, I have heard a lot of rumors about myself and I think the best way to neglect it is by not giving importance to the same," ends Harshad.

Raisa- 6 years ago i love you harshad arora! you are so dreamy and a perfect actor!

sunshine_love 6 years ago Harshad Arora ur the best :)
Love u so much and ur rocking as Zain !!

LiveLifeInBliss 6 years ago Love Love Love Love you!!! You are such a sweetheart and a cutie pie &lt;3 And you just rock as Zain Abdullah!

-Minion- 6 years ago Harshad Arora you are really sweetheart.
love you.

Michmichi 6 years ago Harshad Arora you are awesome as Zain Abdullah in Beintehaa.

-bonbon- 6 years ago Love you so much Harshad Arora! Love Zain and Aaliya in Beintehaa

DaRkPrInCeSs 6 years ago Harshad arora.. i love u as zain and u urself!