View Profile
Fardeen Khan is an eternal optimist. Despite his recent flops with Ram Gopal Varma and his career craving for a solo hit, the star son is doing yet another film, titled "Darling", with the same director. The actor maps his past and his present career graph to reassert that he is happy with the work he has done to date.

Q: You are in most Ram Gopal Varma films, is it because you are one of his favourite actors?

A: Not really. Actually, I share a good rapport with him. My acting career's second film "Jungle" was with Ramu. Then I have worked with him in "Pyar Tune Kya Kiya" and "Bhoot". "Darling" will be my fifth movie with him and the 21st in my career. I have gathered a lot of experience till now. Whatever I have learnt is while working. The reason why I share a good rapport with Ramu is because we do a lot of brainstorming together on the character, the story and even the scenes.

Q: Weren't you skeptical doing "Darling" with Ram Gopal Varma since your previous two movies with him have failed to do well at the box-office?

A: Success and failure are part of life. I don't keep the box-office results of my previous movies with a director as criteria before agreeing to do the next film with him. What I look for is the story and my character in the film. And working with Ramu has always been fun. I get to learn a lot. It can't forget the fact that it was Ramu who offered me diverse roles in his movies. And the audience has appreciated them.

Q: Tell us about "Darling" and your character in it?

A: This is a different type of film, which cannot be restricted to a particular genre. It will scare you, make you cry, make you laugh and entertain you. I have done an intense role in the movie. The character I play is named Aditya; he is stuck between two women. How he controls himself is what the story is all about.

Q: "A killing lover and darling". Why such a punch line?

A: That you will get to know when you watch the movie. All I can say is that the story even touches upon the supernatural. It's about a man, his wife and his lover. 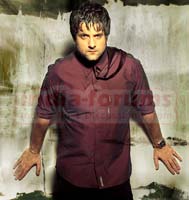 A: When you watch the film you will not be able to point out a single similarity between the two films. In "Pyar Tune Kya Kiya" I played the role of a model photographer and in "Darling" I play an executive manager in a company who eventually falls in love with his secretary.

Q: Anchor-turned-director Sajid Khan says that none of the film-makers has been able to exploit your full potential?

A: I don't want to comment on this. This is Sajid's personal view. To date, I have done 21 movies and in all of them along with proving my potential, I have also groomed my talent. I have never tried to limit my potential in any of my movies. I have worked with full dedication.

Q: Do you feel you have got what you deserve?

A: For me, being Number One or Number Two doesn't matter. Nor do I want to get into this rat race of ranking. I work with those whom I personally like. I have always been very clear about my work objective. I don't want to get into these petty issues.

Q: Are you happy with the films you have done or do you regret some of them?

A: I am fully satisfied with all the movies I have done till date. I have enjoyed whichever character I have played so far. With each passing film, I find a new energy within myself.

Q: You have done action, as well as comedy films. Which is more fun?

A: I haven't done much of action, except in "Jungle". I have mostly done romantic and comic roles. And I enjoy doing both.

Q: Your dad was supposed to make a remake of "Quarbani".

A: Yes, Puneet and my dad are writing the story but it is not complete yet. I would like to tell you one thing; although it will be a remake of the original "Quarbani", the plot is keeping the present scenario in mind.

Q: Tell us about your forthcoming movies and your characters in them?

A: "Heyy Babyy" will be in the theatres on August 24. Then in September, "Darling" will be released, followed by "Duhlha Mil Gaya" and "Jai Veeru". In "Dulha Mil Gaya", also starring newcomer Ishita and Shah Rukh Khan, I play the role of a millionaire. In 'Jai Veeru', I play Jai, a police officer, while Kunal Khemu plays Veeru.

Q: What are your hobbies?

A: I like traveling a lot. I have traveled the whole of Europe and I like car-racing a lot. You can even call it my passion.

Q: What changes have you experienced in your life after your marriage to Natasha?

A: After marriage, every person goes through a bit of change. Responsibilities increase. I have been lucky that I am still the same guy. I just reach home early now. And also, I am answerable to someone.

Q: Which film of yours Natasha adores the most?