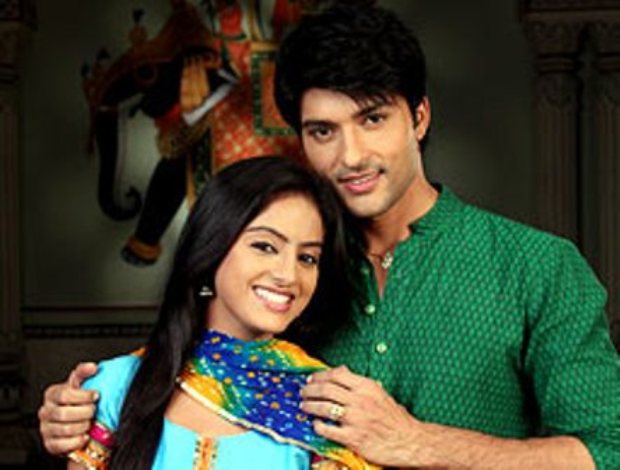 With the much hyped controversy of Deepika Singh slapping her co-star Anas Rashid on the sets of Diya Aur Baati Hum, the piece of news created a stir in the media. While the matter was handed over to CINTAA, now the actors have decided to resolve the issue for the sake of the show and buried their hatchet.

To get a clear picture, when contacted Deepika Singh, who essays Sandhya, said, "I don't expect an apology from Anas neither he expects from me because there is no need for it. It was only an outburst because as a friend and as a co-actor, if he would have apologized when the incident occurred, I would have felt good and this matter wouldn't have aggravated more."

She further adds, "I have forgiven him and he too has forgiven me. I wanted to keep media away from the matter but as we are a public figure, such incidents are never hidden. I don't want to hamper his image and his fan following but sometime things are not in our hands, when this incident happened I controlled myself, I am not only an actress but I am also a girl so, I could not take it for a longer time and hence I reacted to the same."

"For the sake of the show DABH, we had to put an end to the matter as we did not want to hamper DABH's fan's hearts. The show is like a family to me as it has given me recognition and whatever I am today it is because of the show. I respect Anas as he is my first co-star and we were friends but after this incident, our friendship has become better," she says talking about her show and new beginning with Aans.

Coming to CINTAA, Deepika clarifies saying, "Yes, the matter went to CINTAA, but we clarified the matter in front of the members of CINTAA."

o0heer0o 6 years ago Lies, Lies and More LIES!!!!
This article is filled with the fake image reputation! If I was Deepika and Anas did that to me, I would have taught him a tight lesson but looks like money - fame is more important

6 years ago Ok, if he did it and CINTAA did an amicable settlement for the show made them to say sorry to each other, how Deepika became better friend with an abuser?

+ 2
6 years ago i guess it is " our friendship has become
bItter," instead of better

6 years ago We need to understand the pain behind forgiving each other by these wonderful actors; seems they realized their mistakes and with the intervention of CINTAA, they must have shaken hands eventually. That's a good sign and DABH/EKET viewers would certainly accept it and look forward to celebrating DABH's 1000th episode; and guys, look out for Deepika ji's usual, wonderful gesture of offering the cake first to her fans or DABH viewers in general.

6 years ago This is a great gesture from Deepika ..if Anas was indeed proved guilty he would have been banned for life.

6 years ago .if he comes out and tell in front of the media that she misunderstood him and gave him a slap then what will happen to deepikas image and acting life... think about it. that is the reason she came and clarified that I have forgiven him and he too has forgiven me... they both compromised for their career..

+ 3
6 years ago why didnt anas speak up for himself if he is innocent, deepika didnt give this article, she was made to give, she has complained to the ph earlier, which means this was happening for a while, whats wrong in asking sorry from his side, this case is to defame womanhood, the channel , CINTAA and the all the male suppress women even today. she has no support from women themselves, if a crow is hurt, hundreds of crows come for help, but its a pity that woman is against womanhood

+ 2
6 years ago I feel DS should have remained silent if things are good between her and Anas now. She didn't need to talk to the media because not only its created negativity for Anas, but for herself and the show, DABH!

6 years ago Both were in love when the show started
someone came between them..
This is revenge..