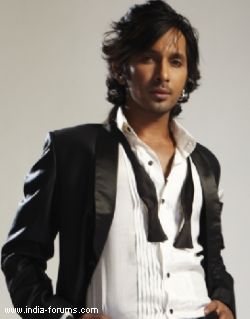 He is one of the well-known choreographers in the country and runs a famous and popular dance academy in Mumbai but Terence Lewis says he doesn't have any plans to work in movies.

"I don't do films. In fact, I don't enjoy doing films. I don't want to teach an artist one... two... three... on the spot and make him look like 'wow' with the help of camera angles and great costumes," Terence told IANS in an interview.

"I really love dance and I want to see good dancing. So, if tomorrow somebody comes and tells me, like the olden days, you have to set long shots and make an artist dance with no cuts, no glitz and if it is someone like Hrithik Roshan, Madhuri Dixit or Aishwarya Rai Bachchan, I will do it," he added.

For Terence, earning big bucks has never been a driving factor. Although initially, he choreographed for "Shikhar" and Ram Gopal Varma's "Naach", of late one hasn't seen him doing Bollywood projects.

"After 'Dance India Dance', the level has become so high that whenever I see artists dancing on the sets I feel 'anybody can do this'. I ask myself, am I doing this for money? I have to run my house? No! I already have a company, I already have a business, I am working very well, I don't need to do this for money. I just want to see good dance," he added.

Having a classical dance background, the choreographer says it is important to give a "modern twist" to help generate interest among people in reviving classical dance forms.

"If people go beyond the classical dance, keeping its purity intact, and give it a new twist, it connects with audience and youth. Personally it will do wonders and people would would say, 'I want to learn this'," he said.

Terence is currently judging the third season of "Dance India Dance" along with Remo D'Souza and Geeta Kapoor, and he promises one would never see them insulting contestants on the show.

"I can't be a harsh judge and insult people. Who am I to say to others that you are bad? We do get bad dancers on our show but we just smile and tell them, thank you for entertaining us. We don't say you are worse. All three of us (Remo, Geeta and Terence) feel strongly that we don't have any right to insult or demoralise anyone. There's always a way to say no to people and we do it with respect," he added.