Arjun Bijlani who is currently seen in Star One’s Miley Jab Hum Tum is on an enjoying spree as he is thrilled to be part of this youth-based show.

We chit-chat with the actor to know what made him take up Miley Jab for Mohe Rang De and much more... 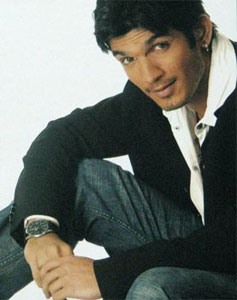 Featured Video
What was the reason for leaving Mohe Rang De?
I believe in doing one show at a time. Not many people know that after exiting from Left Right Left, I got this Star One offer but I refused it and went for Mohe Rang De. I thought this show will exploit me properly, but things did not work out and I had to leave the show.

So you think Mile Jab Hum Tum will give you the popularity?
Yes it will. This show is better and I don’t need Mohe Rang De for Arjun. I don’t say that Mohe Rang… is bad but I did not fit in properly and thus thought that I deserve something better, so took Mile Jab… I need to plan my career very carefully.

It was heard that when you left LRL, some of your dues were pending? Is it the same case with Mohe Rang De?
Well no, the producers of Mohe Rang… have cleared all my dues. I’m very professional when it comes to work. I did sign a year's contract but in that it was written that if I wish to leave the show before the contract, I have to serve one month notice and I did that. They too cooperated. Talking about LRL, at least my dues were cleared on time; some of my friends did face this problem but not me.

Tell us little bit about your character in the show?
I essay the role of Mayank who is a typical college going student. He is very quite and of the studious kind. He is smart, intelligent and hard working too. The story revolves around what happens with Mayank when Nupur enters his life. It's like opposites attract and they both end up being together.

Have you done any kind of homework for this character?
As I said I’m very professional, I have given lot of thought on how Mayank will behave in certain situations; have worked on the dialogue delivery and my body language too. Its situational comedy which is new for me so I had to be more careful so that no mistakes happen. To sum it up, my responsibility is to do justice with the character that I’m playing currently, and give audience what they expect me to do.

13 years ago don know abwt the other serial mohe rang di but he is the perfect mayank!!!!! cute!
luv mjht, luv mayur!

14 years ago I just LOVE his work ethic... Ahh Arjun, you ROCK!!! You were absolutely right, someone as talented as you deserves to be utilised not sidelined or wasted!!! xDDDD

14 years ago I love him in MJHT. Love his jodi with Nupur.

+ 3
14 years ago love him in the show..he is so cool..actuallyu loved it from LRL times only