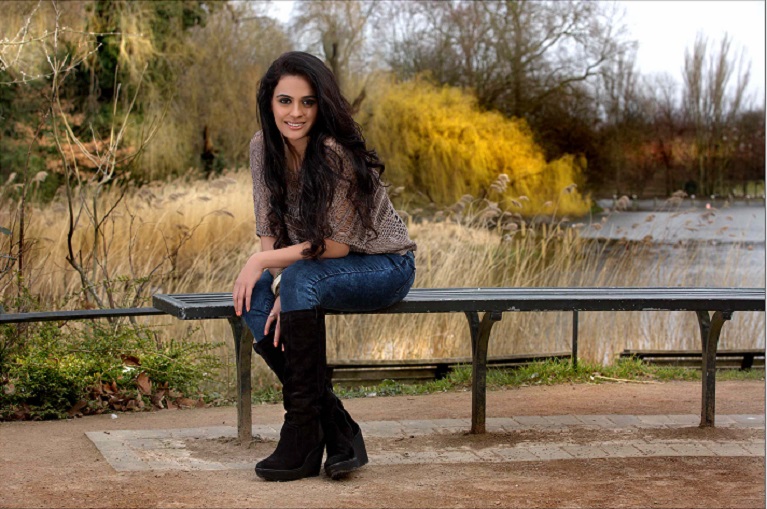 Tell us something about your character...

I am playing the character of Doctor Malvika. This character is very much different from what we see in our television shows. My character is not exactly negative, but its very strict who follow rules and expects the same from everyone else. She hates breaking rules.

It's a story about everyday challenges that doctors face in hospitals. The show conveys a message to the youth that these days youths are concentrating more on their career than their relationships. So, the show will make them understand as how to balance between your personal and professional life.

Do you relate yourself to the character?

When it comes to following the rules and sternness then I am more like Dr. Malvika. I am always on time. One thing which is different between Dr. Malvika and Saraa is that Dr. Malvika doesn't smile. She has too many shades and distances herself from the people. I can't stop talking to people around me and smiling. I have to make friends and make them laugh. I am also a cleanliness freak like Dr. Malvika.

I am very scared of injections (laughs). I can feel the pain of an injection before it gets injected in me. Now, I am happy that I am not on the other side now. On a funny side, whenever some artists come for our shoot and we have to operate upon them then I tell them holding all the tools that, 'Chalo Boss ab tumhari baari hai' (laughs). I also play with the tools during the shoots. I am enjoying my shoots a lot.

So, do you think that now you will overcome your fear about injections?

I don't know actually that will I overcome my fear or still be petrified but its excellent experience playing a doctor.

How is the off-screen life on the sets?

It's Dhamaal! We have lots of fun with the tools and play Doctor Doctor while we don't have our scenes. I am totally opposite to my character in real when it comes to having fun and cracking jokes.

How is your experience of hosting a travel show Kahi Suni: Myths and Legends of India?

It's amazing and excellent experience hosting the show. I did my own research first because I think that I should know the answer before I ask questions to people. I have done my own research on the myths of the cities of India. I have realized that there is so much to explore in the cities of India while I was travelling across of the cities of India. I have seen that how a story has been made about a city and about various superstitions and most of them don't have any proofs as well. I have got to learn a lot with this show. I have interviewed some of the top people like archeologists, poets, Pandits, etc. It's been a brilliant learning experience for me.

Will you be keen on exploring the countries outside India as well?

I would love to explore it. I love travelling and exploring. I am a big travel buff.

You are also doing a show on the upcoming channel &TV. So, how are you managing shooting for three shows altogether?

I can't tell much about my new show on &TV. All I can say that it's going to be a story of five sisters. We have already finished shooting a lot of episodes for my travel show and same is with Zindagi Wins. My new show on &TV will air from next month so, right now easily its getting managed.

Hosting or acting; what interests you more?

I love doing both because both have their own charm. Hosting is more challenging than acting. What I can get with hosting, I won't get it from acting and vice versa.

How has been the response so far on your travel show and Zindagi Wins?

People love it all. I have got to know that my travel show on Epic Channel is the top rated show on the channel.

Will you be keen on doing Bollywood more or Television?

Whatever interesting will come my way, I will take that up. Right now, I am occupied with my show.