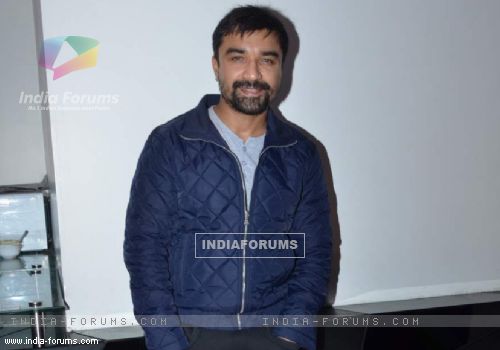 The trailer of I.A. Siddique's debut film "I Am Mr. Mother", which deals with the sensitive yet overlooked subject of pregnancy, was launched by "Bigg Boss" fame actor Ajaz Khan on Saturday.

Ajaz Khan, who had also donned the hat of an RJ now, has always come forward to support new talent. Despite heavy rain and it being the first day of Ramadan, Ajaz turned up at the Sunny Super Sound here to show support for small budget yet meaningful cinema.

"No one supported me, but I am always ready to support someone. In this holy month of Ramadan, if I can be of any help to someone in fulfilling their dream, I will definitely do it. I wish all the luck to the team of 'I Am Mr. Mother'," Ajaz told IANS.

Director Siddique had also written a letter to Aamir Khan asking for his support as Aamir has always supported the sensitive issues.

On approaching Ajaz Khan, Siddique said: "Ajaz Khan is like second Salman Khan of our industry. He has a heart as big as Salman Bhai, always ready to lend his support where required."

The film, produced by Raju K. Sontakke under the banner Shri Raja Productions, is gearing up for release this July. It is a dark, emotional story about pain, anguish, love and sacrifice involving a pregnant man!