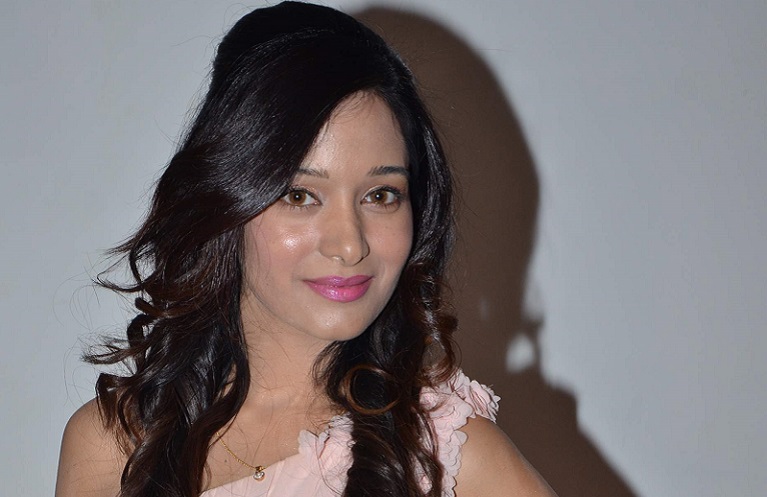 Pretty actress Preetika Rao, lovingly remembered as Aaliya of Colors' popular show Beintehaa has now stepped into the world of music. Day before yesterday, Preetika's first song which was a cover on Na Tum Humein Jaano was launched in presence of her Beintehaa family who have always encouraged her to pursue with her singing.

TellyBuzz spoke to Preetika to know more about her first song, the launch, her future plans and much more...

Anuradha Paudwal ji encouraged me to record a song - I had an aptitude for singing since childhood but I had not cultivated this aptitude as much as I should have. I had taken trainings in Hindustani classical music when I was in class 6th and I have taken Gazal training from Nasir Qadri Ji when I was class 9th. I completely stopped with it afterwards but after Beintehaa, I wanted to pursue it and I was looking out for a teacher and then my sister suggested me to approach Anuradha Paudwal Ji. She heard my voice and she liked it. Then she started giving me singing lessons twice a week. She encouraged me to record a song and took the decision to go ahead with it and I approached Aditya Paudwal, her son.

I wanted to bring the charm of old songs back with my debut song - I am very fond of old songs so I choose Na Tum Humein Jaano because I wanted to bring the magic of old songs back for the new generation. Most of my fans are very young so I wanted to bring back the charm of old songs for them. Aditya created two tracks and out of which this one was selected and this was larger than life. I recorded the song at the Ranjit Barot Studio where AR Rehman had recorded his song Jay Ho. Later on, I approached SAREGAMAPA for this song and they were very happy with the outcome. Today the song is available on itunes, Saavn, Amazon, etc. and I am getting a brilliant response for it.

I am looking forward to the launch of my music video - The song was released much before it was supposed to be. My music video has launched today. The music video has been director by Amit Masurkar who has directed the popular film Sulemaani Keeda. He has a very out of the box perception when it comes to direction. There is a mystery element in the video from the start till the end and that's the beauty of it. It has been shot in a very unique way. I am alone throughout the video but you will never feel that I am alone. It's my first music video and earlier I had got a chance to be featured in Rahul Vaidya's music video when I was studying but it couldn't happen because I fall sick 2 days before the shoot. I think I was destined to do a music video where I have sung.

My Beintehaa family has always encouraged me - Everyone on the sets of Beintehaa used to listen to me very carefully whenever I used to hum a song. Especially Harshad used to listen to me very carefully and he used to say to me that I sing very nicely. Suchitra ji (Suchitra Pillai) and Naved Ji (Naved Aslam) are singers; Suchitra ji takes part in professional singing concerts and Naved ji has learned Hindustani Classical for around 7 years. Naved Ji and I used to sit together and do the Alaps during our leisure time. Naved Ji had told me that I have the potential and even Suchitra ji heard me singing one day and she told me that I have a good voice and I should sing. Neil (Neil Motwani) used to come on sets with his musical equipments so whenever we used to shoot together, we used to sing together. So when Beintehaa was ending, I had made up my mind that I have to take it seriously now and I have to record a song. I thought that my Beintehaa family has encouraged me so much to sing and come out with a song so I felt that their presence at the launch has to be there as they have always encouraged me. They were very happy for me yesterday and praising me and it feels really good to get it from the people you work with and who themselves are great artists.

I hope that my fans have liked my first attempt - This was the surprise I have been hinting in all my interviews. I have really worked hard for it. The music industry is as complex, big and glorious as the acting industry is! It is a completely different industry altogether. From my personal experience, I would say that you have to be a good singer. It has become little easy with the technology these days but you cannot lie in front of it. You have to be a trained singer to sing. I wish I had practiced it more; I didn't rehearsed that much I should have. I hope that my fans have liked my first attempt and hope they would give me a scope to improve because I am not a professional singer. Now I wish to sing the song Purani Jeans Aur Guitar with a guitar! I am looking forward to record my original song now and to sing for myself in my next project. I am hoping that my dreams will come true.

5 years ago Congratulations Preetika Rao... For your song

Honey111 5 years ago Congrats Preetika Rao..Wish you heights of success :))

5 years ago I really loved u as in Aaliya character and really u have sweet voice ...love the song and video alsio,all the very best.

Pree1983 5 years ago Congrats Preetika Rao..you have such a beautiful voice..and you looked so pretty in the video! Keep rocking N shining! Love you:)

+ 2
5 years ago you have one of the most beautiful voice preetika rao.. all the best

5 years ago you did an awesome job Preetika !! love it sooo much !! cannot wait for you comeback on TV!!

Zloca 5 years ago So happy for u Pree.
U know how much all of us loved ur song and music video. Hope to see more of u.
Miss u on screen.
May God bless u.
Come back asap.
Love u