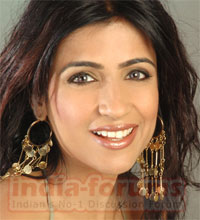 Q: Tell us about the 'Kashmakash' song?
A: Well, it is a promotional song which features me. It is sung and composed by me. It also has visuals of Esha Deol performing and few scenes of film. The song which is on air (featuring Esha Deol) is the remix version of the original one.

Q: How is this song different from the songs which you have done in the past?
A: In this song I am doing a bit of dancing as well which I haven't done in any of the songs before. I really enjoy doing it as I love dancing.

Q: Rohit Shetty said that it was your idea to feature in the video, what made you think so?
A: Well, the song was appreciated and everyone said that this is a performance based song. Since I am a performer I thought maybe I can give this song my own angle.

Q: Wasn't Rohit apprehensive when you expressed your will to feature in the song?
A: On the contrary, he was very excited when I told him this.

Q: The same song has two versions, one is with you and the other is with Esha Deol, how is your song different from Esha's?
A: Esha's song is within the film and is a situational one, whereas my song is a promotional song, which is not in the film.

Q: You were one of the jury in 'bathroom singer', why not serials then?
A: Serials are not my cup of tea. Basically, I am a performer and want to be heard more than seen.

Q: You are doing a film called 'Osama', tell us something about it?
A: It is a very interesting film. I cannot divulge more but the name suggests that it is a controversial film. I am doing music of that film also. I have a role where I am playing myself.

Q: How is your experience in acting?
A: I really enjoy acting. Basically, I am a singer and when this offer came I took it as a joy ride. This is the arena in which I haven't been seen before. I can say it was bonus for me.
Featured Video 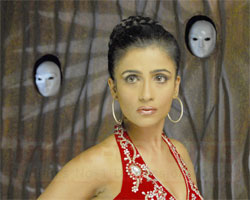 Q: Tell me something about the cast?
A: Well, I have heard that Kashmeera Shah is also in the film and there is a new boy who is playing the role of 'Osama'. And famous Pakistani singer Ali Haider is also making an appearance as himself in the film.

Q: Started as a singer, then performer, then judge, and now as an actress, so what is your next halt?
A: I am not an actress by profession. I am a performer so it will always be my first priority, but yes, I do like variety in life.

Q: How is your personal life going?
A: Honestly there is not much time for personal life. Right now it’s work which is keeping me on my toes. And I am really enjoying right now because this time is not going to come back.

Q: Where would you like to settle down, Delhi or Mumbai?
A: I think now Mumbai has got into my blood and am definitely going to settle down here. 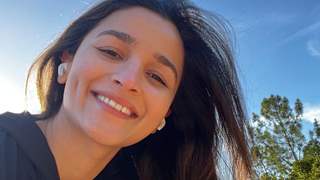