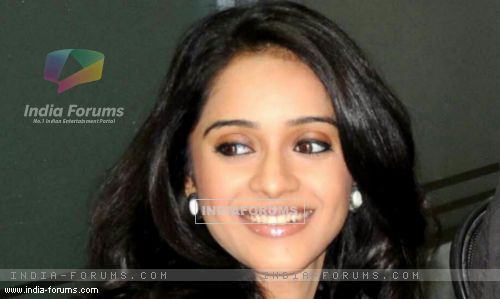 Pretty and petite actress Vinita Joshi who was last seen in Life OK's Baawre is currently enjoying here sabbatical post the end of here show in September. Now that her show has ended, this pretty face has chosen to feature in a few episodic whilst she can enjoy her break too. Vinita was earlier seen in an episodic of Yeh Hai Aashiqui on Bindass and this time she is back again with another episodic venture.
Vinita Joshi will soon be seen in Crime Patrol for an episode. TellyBuzz got in touch with the actor herself to know more about the same in detail.
Much elated Vinita says, "Yes, I am doing an episodic for Sony TV's Crime Patrol. Last when Star Plus' Navya got over, I was featured in Crime Patrol and today after almost two and a half years I am doing it again. It is good to explore yourself as an actor in all possible ways when you are not caught up with a daily fiction show. Coming to my stint, I will be playing the lead girl in the show who due to some reasons indulges herself into crime. I cannot reveal much about the story but yes it is a real life crime story."
Well, it will be a good watch to see her back on screen after a long time.
Keep reading this space for more details on your favorite shows.
Upasana Patel

6 years ago &lt;3Vinita good waooo crime petrol i shall watch