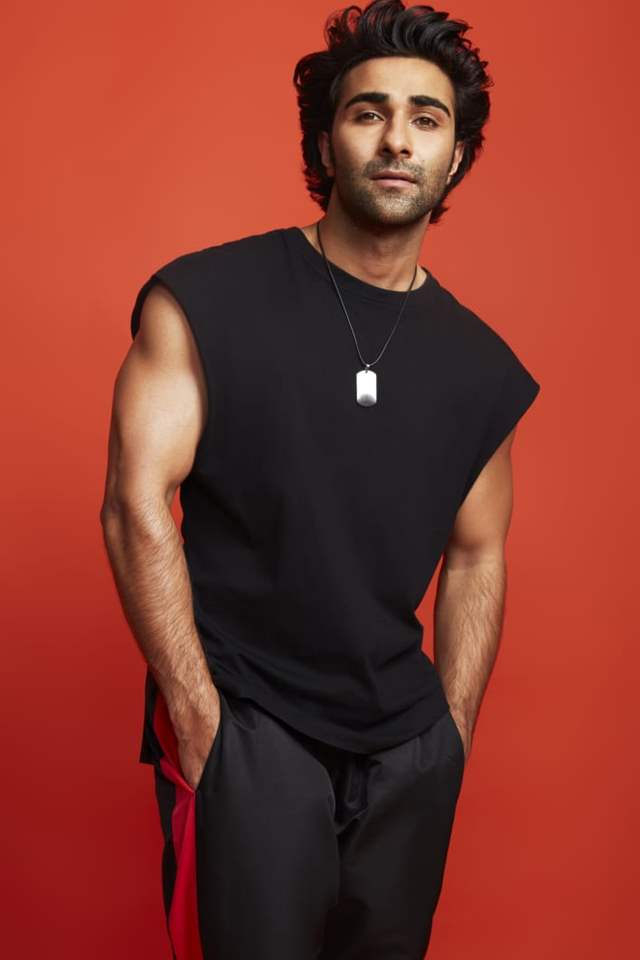 Young Bollywood actor Aadar Jain hopes to shine with his upcoming release Hello Charlie and he wants to entertain the kids with his laugh riot. Aadar plays a simpleton who is entrusted with the job of transporting a gorilla. Little does he know that he is actually transporting a dangerous scamster who is in an ape’s disguise.

I really hope that everyone loves the film and takes to the film and connects with the story. It's a one-of-a-kind story never been told before with a gorilla. It's my first collaboration with Excel, with Pankaj Sir, with an amazing star cast and I feel this film is really special for many reasons. It will make you laugh, feel happy especially in the time of distress.

Mostly I want the kids and children to be entertained through this film as all of last year they have been stuck at home and not going to school. I feel this is a small gift to them and I really hope they connect with it. So far all the responses have been amazing. I really hope on the 9th of April when they watch Hello Charlie, they all love the film and love me in it and love the entire cast and appreciate it because we have worked really very hard on this film.

And of course, I definitely want the audience to love me, appreciate my performance. I have worked very hard on it. I just hope they all take to the film and connect with it. It is a family film made to make you laugh, feel good and special, I hope they all connect with it and give it a chance because it is a special film. I hope they think that I have good comic timing and spontaneity as an actor because I have worked very hard on it with Pankaj sir.

Aadar speaks about his interesting rehearsal process because it involved delivering comic punches, dancing, and matching steps with someone dressed as a gorilla!

I had a really amazing, cool, and different experience dancing with the gorilla. It's the first time I am dancing with an animal as a co-star so that was really interesting. We rehearsed for 3 days with the Gorilla and then we went on set. We improvised and changed a lot of steps on set. The song is special and I’m overwhelmed with the responses, everyone is loving it and doing the steps already, especially the children so it feels great!

Aadar has actually driven a truck in the film which is used to transport the ape. He reveals,

In real life, I obviously drive a car but driving a truck is very different so I had to learn how to drive a truck. The gears are a little hard initially but I managed it. We use to go to BKC (Mumbai) to practice. It took me a couple of days to learn but I got a hang of it very soon.

Hello Charlie Is an adventure of a young simpleton(Charlie) from a small town Who is given the task of transporting a Gorilla(Toto) from Mumbai to Diu. A series of unexpected events unfold along the way. You will witness hilarious performances by unique characters on this Roller coaster journey In the film.

Wear on your dancing shoes as Charlie and Toto’s addictive hook step ...