After playing the role of a simple girl in Kulvadhu, Daljeet Kaur is back in action, to woo her fans. She plays the role of a possessive lover in Chhoona hai Aasmaan, while in Santaan she is the daughter of protective parents. We caught up with her to know more about her new roles. 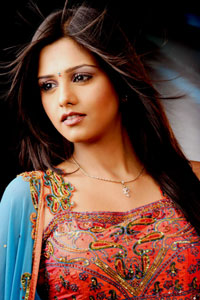 Featured Video
On asking about her role and how it feels to be part of Chhoona Hai Aasmaan she says, “I play the role of a sensitive girl Shikha who is ready to do anything for her love and I am very happy to be part of this show." Daljeet played smart in choosing her next project after Kulvadhu, as she says, " After I got Shikha, I dreaded to accept the role”. Are you game to Shikha being projected as negative in Chhoona Hai Aasmaan? “When I decided to take this role, this is exactly what I asked Sandeep. Somewhere down the line, I thought that my fans will not accept me in a negative role, that too so early in my career. Sandeep told me just one thing, that Shika is a very realistic character, and trust me, whatever the girl does, will surely be justified and she will never get negative. Till today, the character has lived upto the expectation, and I am confident that it will remain the same in future too”.

Justifying her role she adds, “Shikha is not negative from any angle. The only negative point is that she is very possessive about her love, Abhi. If you get into the shoes of Shika and see the circumstances as she sees, then I am sure you will understand that she is justified in waht she does and is fair too".

The plot which began with a unique concept is now focussing on family drama too, isn't it? “When the serial started, it promised something different; but slowly, there was a need for family drama too. We have now brought in the track of Sameera and Shika probably being sisters. The audience will see a huge twist in the future and much of drama and emotions”. When asked about the forthcoming love triangle in the story, Daljeet says, "Sameera loves Abhi, but it has not been shown that Abhi surely loves Sameera, while Shika is mad in love with Abhi. Wait and watch..."

Daljeet does not miss out to talk about the fun that the actors have on sets of CHA, “ Iqbal is a joy to work with, and so is Jahnvi. I should mention our director Rohit here, because he is the Captain of Masti. I take this opportunity to say that Rohit has been the best director, and I make a plea never to change him”. Is there any memorable moment on the sets? “A memorable gesture on sets is that, the whole crew cut a cake for me, because the week I made my entry, the TRPs of CHA doubled up”. 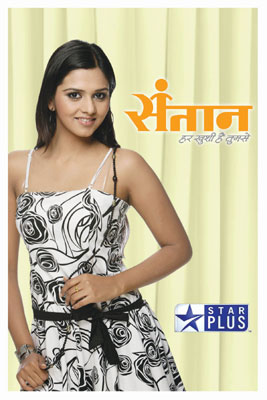 Daljeet is also seen in Star Plus serial Santaan, as Suhaana. Talking about her roles in the two serials, she says, “I am a Xerox copy of Suhaana. I need not act as Suhaana because Daljeet is just what Suhaana is. But as Shikha, I need to work a lot. I am not like Shika in any way; I would give all the freedom to my Mr. India and just ask him to get back to me after the day ends.” (Laughs). Daljeet is a happy girl as she is part of two shows with high TRPs. “Touchwood! It feels great to be part of both these projects", says Daljeet with a smile. Talking about Santaan, she says, "The USP of the Santaan is that, the story promised to give something that is known to the viewers, something very realistic, and we did not claim that we are different in any way."

Daljeet accepts that the set of Santaan is very lively. “The biggest plus of Santaan is that the casting has been spot on, perfect! Sudeep and Gaurav are awesome; I and Gaurav are the most talkative ones, we are the brats. Sudeep is a big brother material to us, off screen too. The lady who plays our mother is very sweet; she jumps and dances with us in the vanity van and when she gets out, she is the perfect mother material. If you are looking for some gossip from the cast of Santaan, then let me tell you, you will never get it. We gel so well with each other, touchwood”, opines Daljeet.

What lies ahead for the character of Suhaana in Santaan? “There will be a man entering Suhaana's life very soon. I cannot disclose the actor's name; but I can tell you that he is new to the industry. He will change the outlook of Suhaana, and show her a different angle to viewing life. Suhaana being the very protective daughter and sister, will now look up to things in a different manner”, reveals Daljeet. 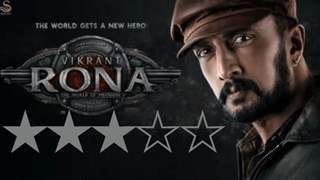 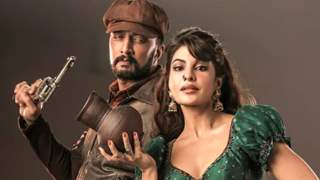 Can't wait for this movie...and John-Bipasha's chemistry to show onscreen!

14 years ago Daljeet is so sweet. I love her role in Santaan. She is really pretty too. By the way nice observation, she is Ram and Raavan's daughter. Keep up the good work Daljeet.